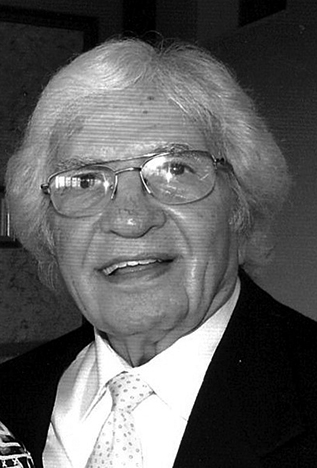 He was born September 9, 1929 in Steubenville, the son of the late Joseph and Rose Vainieri Saggio. He was a graduate of Steubenville Big Red Class of 1947 and later the, then, College of Steubenville in 1958. Prior to college, Amelio served in the United States Air Force, 36th Bomber Support Unit, as a radio control tower operator until his honorable discharge in 1954.

Amelio’s two loves were his family and teaching.

Amelio has two surviving sisters Marie (Peter) Ferrise of Steubenville and Dolly (Vincent) Bruno of Weirton, WV and a multitude of nieces and nephews.

Senor, as he was lovingly known to his students, was a retired educator who taught Spanish for over 50 years. This time spanned positions in Adena, OH, Weirton Jr. High and Weirton High School where he spent the bulk of his career. There, he helped establish field trips to Mexico, International days and was the faculty advisor for Key Club. After his retirement, he was recruited back to teaching at Catholic Central High School and Jefferson Community College.

He previously belonged to St. Anthony’s Catholic Church and is now a member of Holy Family Catholic Church. He also participated in the Italian – American Cultural Club, Music Guild and Historic Fort Steuben.

The family would like to extend sincere thanks to the WVU team, Drs. Joseph Voelker- Neurosurgery, Aaron Mason – Plastic Surgery, Eric Seachrist and Amelia Adcock – Neurology and Charity Hospice who all provided great care, guidance and comfort.

Calling hours will be Thursday from 3-7 p.m. at the Mosti Funeral Home, Sunset Chapel, 4435 Sunset Blvd., Steubenville. A funeral liturgy with Mass will be celebrated Friday at 10 a.m. at Holy Family Catholic Church, Msgr. Gerald Calovini will celebrate. Burial will follow in Mt. Calvary Cemetery. A vigil service will be held Thursday at 4 p.m.

In lieu of flowers, contributions may be made to Holy Family Catholic Church, Steubenville Catholic Central High School and Charity Hospice.