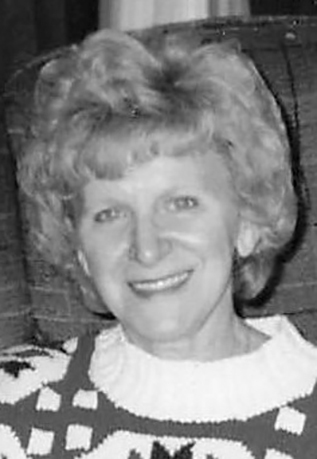 Born in Toronto, Ohio, on March 15, 1941, she was a daughter of the late Stanley and Hope Whipkey Kowalski.

A lifetime area resident, she retired from Graham Packaging. She was a member of the VFW Ladies Auxiliary and the Avondale Baptist Church. For many years, she participated in several area bowling leagues and played pool. In 1986, she won the Ohio State Bowling Tournament. Cookie was always willing to lend a hand to those in need and often volunteered at the VA Clinic in Calcutta.

She was preceded in death by her husband, Robert S. Schultz, on April 3, 2009. The couple married September 5, 2003. She was also preceded in death by five sisters, Jeannette Keniecki, Martha Myslinsky, Wanda Fullerton, Alice Yeungert and Mary Ann Kowalski, and two brothers, Robert and Stanley “Moe” Kowalski.

Friends and family may visit from 3 to 7 p.m. Friday at the Dawson Funeral Home where Pastor Terry Weyand will conduct a funeral service at 7 p.m.

Following the service, friends and family will gather at the Dawson Family Center for fellowship.

In lieu of flowers, memorial tributes may take the form of contributions in care of one’s favorite charity.

Dry skin is vexing for 72-year-old

She keeps eyes on the clock