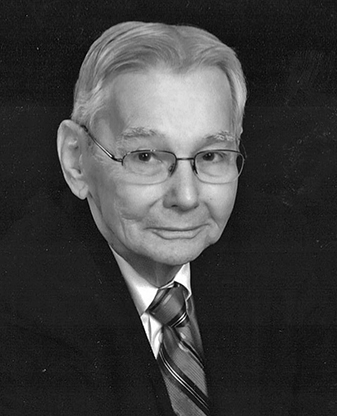 Born June 28, 1934, Howard was the first of four children born to the late Dr. Howard W. Brettell Sr. M.D., AOA, FACS and Florence Gaither Brettell, also of Steubenville. Howard Jr. graduated from Steubenville High School in 1952 and the Ohio State University College of Dentistry in 1961, thereafter fulfilling his obligation to the U.S. military, serving in the Army, stationed in Germany. Upon returning home, he began his career in dentistry, and practiced for 38 years before retiring in 2002, following a stroke.

Howard was a devout Christian and a lifetime member of the First Westminster Presbyterian Church, where he previously taught adult Sunday School classes, and served several times as a Deacon, Elder, and Member of Session. During one of his terms of session, he served as Chair of the Pulpit Nominating Committee. Howard loved his church and reveled in its rebirth and transformation under the leadership of current Pastor Jason Elliot, who was also at Howard’s side minutes before he passed.

Throughout his adult life, Howard was active in many social, service, and fraternal organizations. In the early 1980’s he served two terms on the Steubenville City Council and played a significant role in the change from the Strong Mayor to the Council-Manager form of government. He was a past president and Paul Harris Fellow of the Steubenville Rotary Club and a past Master of Steubenville Masonic Lodge #45 F&AM. Following in his father’s footsteps, Howard Jr. rose to become a 33∂ Scottish Rite Mason, serving as Director of Work for 10 years and becoming the valley’s first Deputy Assistant. In addition, he was active in the Order of Symposiarch, served as President of Steubenville Community Concerts “Civic Music” for 10 years, was the 1989 recipient of the Award for Cultural Music presented by the Quinn Memorial AME Church, and was a board and life member of the Jefferson County Historical Association.

At home, Howard loved to garden and was an avid reader with a strong interest in history and the study of philosophy, existentialism in particular. He had a knowledgeable appreciation for classical music and the fine arts in general, which he considered to be his true calling in life. Upon sufficiently recovering from his stroke, Howard resumed playing his violin and practiced with the Steubenville High School Orchestra. He was recognized for his mentorship within that youth organization, and eventually became a substitute teacher for the Steubenville City School System. Howard would come to regard his five years as “Mr. B”, as the students called him, as the most challenging and compelling of his life. He was always seeking knowledge, and instilled this curiosity in his children and grandchildren.

Howard’s lifetime love of music was only surpassed by his love for his family. He was an unquestionably committed husband and a selflessly dedicated father.

He leaves behind his loving and forgiving wife of 54 years, Lelani “Penny” (Spon) Brettell, whom he married on September 18, 1965, and two daughters, Gaither (Donald) DeLuca of Sanibel FL, and Megan (Rick) Baker (formerly Pagley) of Decatur GA. Gaither and Megan (“Peanut” and “Pee-Wee”) will forever be grateful for the blessing of having Howard as their Dad. He is also survived by three beloved grandchildren, Olivia Leigh DeLuca, Andrew Howard Deluca, and Samantha Brettell Pagley, his three siblings, John Brettell, JoAnne Dunham of The Villages FL, and Susan Haddad of Wheeling WV, as well as many in-laws, nieces and nephews, all whom he adored. Howard will be deeply missed by his entire family and many friends who are left with a lifetime of cherished memories.

His family will be holding a public memorial and celebration of his life when everyone can safely convene, to be announced at a later date.