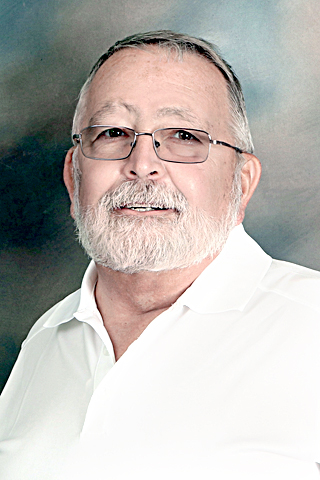 They’ll go on, unfortunately, without their director.

Chuck Robinson, who took over as OVAC soccer director in 2003, died Thursday after a brief illness at the age of 70.

“I am still stunned and in shock,” OVAC Executive Secretary Tom Rataiczak said.

Rataiczak said Robinson went to the doctor after battling what he thought were flu-like symptoms for several days without much improvement. Some blood work indicated heart problems.

“From what I have heard from his family, nothing seemed to work or get better from there,” Rataiczak said. “His wife had called me and told me she took him to the emergency room, and then texted me and said they had admitted him, and then I got the call (Thursday).”

Rataiczak and Robinson just spoke one week ago, concerning soccer, of course.

“We talked about setting up the voting nominations for all-star soccer,” Rataiczak said. “I had in my head that the next time I heard from him it would be soccer related about the tournament. Obviously, the call I received wasn’t what I was expecting.”

Robinson, who was a Steubenville High and Ohio State University graduate, took over the soccer reins from Jay Adams, who was one of the sport’s founding fathers in the Ohio Valley. Robinson worked diligently to grow the sport in all aspects.

“Chuck was instrumental in growing the sport,” Rataiczak said. “One of the great testimonies you can see is when you’re at the (OVAC) soccer meeting, and the coaches just gravitated toward him. He really had a strong relationship with those guys.”

Some of the areas in which Robinson left his mark on OVAC soccer were the changing from the OVAC Cup format to the current tournament setting that follows the same format, in terms of divisions, as the other sports in the OVAC. He also orchestrated moving the OVAC All-Star soccer match to November after it had been played in May since the event’s inception.

“I can’t even begin to count the things he’s done for the sport,” Rataiczak said. “Some of them have been big and some were very low key. But, everything was to help grow and promote the sport he loved.”

Along with the on-field format changes, Robinson also met with several schools that have recently added the sport.

Rataiczak admitted that Robinson indicated to him that he was probably closing in on the end of his tenure as soccer director, but finding a suitable replacement or someone to begin the transition process is slow.

“You can put another person in that role, but you’ll never replace Chuck,” Rataiczak said. “You simply can’t go out and find these types of people.”

As for who will oversee the tournament this week, Rataiczak indicated it will be by committee. St. Clairsville boys’ coach Gary Watt, former Wheeling Park girls coach Aubrey Taylor and others will be involved.

“The tournaments will run because, if they do not, it would have been an insult to Chuck,” Rataiczak said. “It will always go on, but it won’t go on as always. We have to get the championships in and get through the next few weeks and then try to find someone to fill those shoes. And that will be tough.”