Weir High gets back to winning ways 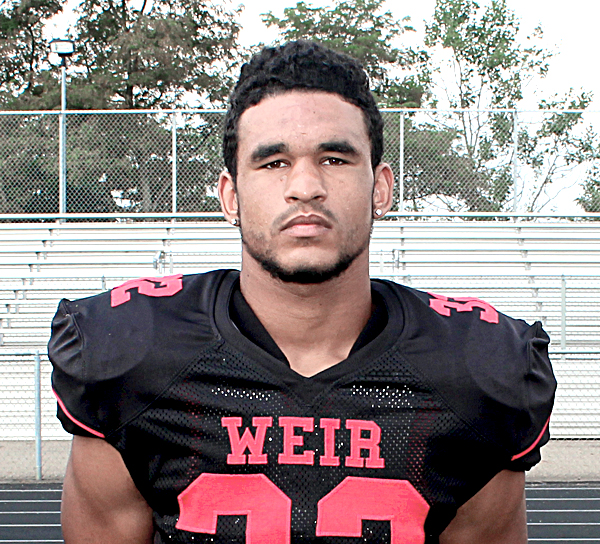 PETERSBURG — Weir High bounced back from a disappointing loss to Keyser last week with a 25-15 victory over previously unbeaten Petersburg on Saturday The game was played in perfect football weather on the Vikings’ field in the mountains of eastern West Virginia.

After allowing Keyser to come back from a 26-point second-half deficit, the Weir High defense came up big against the Vikings, forcing seven turnovers and sacked Petersburg quarterback Jacob Hartman five times.

“Our defense turned it up,” said veteran Red Rider coach Tony Filberto by phone while returning on the four-hour bus ride home. “Turnovers are a key on defense, and we made numerous big defensive plays. We had several big stops, especially in the second half. We did what we had to do to win this football game.”

Weir High got on the scoreboard first when Kirby took the football into the end zone on a 6-yard run. Reitter’s kick was true, and then he came back later with a 33-yard field goal, his first of the season.

Petersburg came back in the second quarter with a 20-yard run up the middle by fullback Doug Morral. The Vikings made the score 10-8 when they got a bad snap on the conversion kick, but a scrambling Zach Wampler tossed a pass to Seth Williams in the end zone for the two-pointer.

The Vikings took the lead on a 58-yard pass-and-run operation from Hartman to senior Tyce Wisnewski. Ethan Anderson kicked the extra point for a 15-10 Petersburg lead.

That didn’t last long as Kirby finished a Weir High drive with the first of his two 1-yard plunges into the end zone. The speedy Spencer scampered to the 1-yard line and made a desperation dive into the end zone for two points and a 18-15 Weir High halftime lead.

The Red Riders drove again into Viking territory as time was running out before intermission, but Reitter’s 47-yard field goal attempt was off the mark. He holds the school record with two 44-yard field goals from last year.

Playing without injured defensive stalwarts Tyler Komorowski, Chris Helms and Chad Custer, the Red Rider defense shut the door on the Vikings in the second half, with four interceptions and three fumble recoveries.

“We had a nice drive in the fourth quarter to pretty much put the game away,” Filberto said. “It ended with Kirby scoring from the 1. Kirby had a 60-yard run during that drive to set up the score. The last seven drives that Petersburg had in the second half ended in turnovers forced by our defense.”