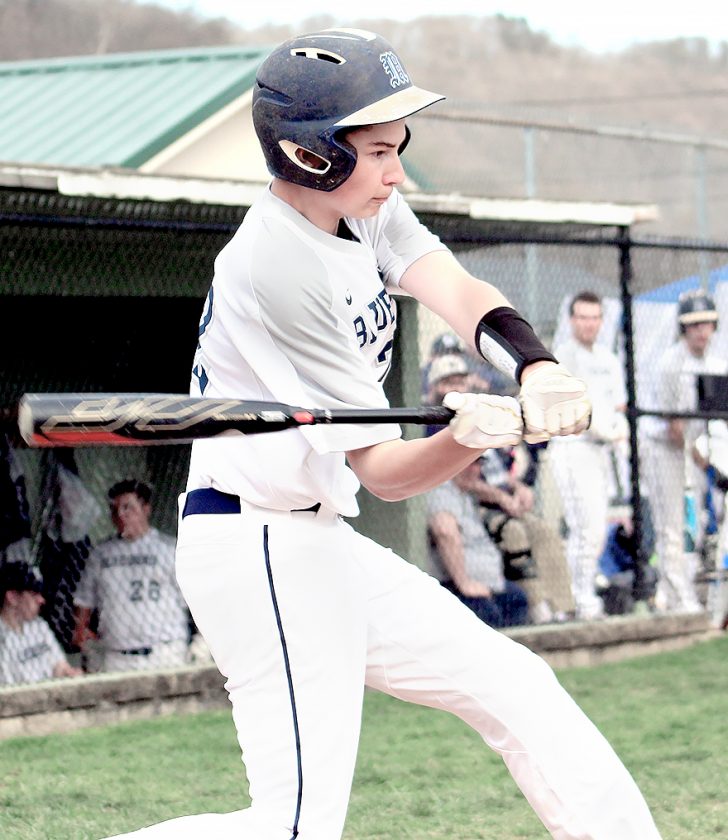 WEIRTON — Madonna freshman Matt Amaismeier has shined for the baseball team throughout the first half of this season.

While working his way to batting leadoff in recent weeks, it was his arm that shined the brightest on Saturday. During the Blue Dons’ doubleheader sweep of Valley, Amaismeier threw a five-inning perfect game in the opener.

Amaismeier struck out 10 of the 15 batters he faced during his squad’s 24-0 victory.

“Matt was extremely efficient today,” Madonna head coach Tim Provenzano said. “He thew 42 strikes and only 10 balls. When you are pounding the zone like that and keeping hitters off balance, you are going to be successful, and he was. He’s been efficient all year long, and I kind of knew at some point he was going to break out. Today was his day.”

In that first game, Madonna (10-12) scored eight times in the first inning and 14 in the second. In the finale, which Madonna won 19-1, it scored 11 times in the opening frame and eight in the fourth.

Jake McKay won the second contest. He walked one and struck out eight over five innings.

The Blue Dons will host Catholic Central on Monday, with a start time of around 7 p.m. That game with begin shortly after Weir High finishes its at 5 p.m.

RICHMOND — Brennan Scott lifted the Edison baseball team with a walk-off single to lift his team to a 5-4 victory over South Range on Saturday.

Scott finished with a pair of singles overall. George Ash shined on the mound and at the plate. He singled twice and drove home a run, while picking up the victory in the complete-game effort, with five walks and three strikeouts. Ryan Higgs had two RBIs, while Andrew Kinney doubled. Anthony Sinicropi tripled and walked twice. Alec McBane also tripled.

The Wildcats travel to Steubenville to face Big Red on Tuesday.

TORONTO — The Toronto baseball battled its way back to send Saturday’s game into extra frames, but it ultimately fell, 5-4, in eight innings against Union Local.

Kobe Herrick started for the Red Knights (8-4). He walked a pair and struck out four in four innings. Tristan Thomas pitched the last four frames and took the loss, walking three and striking out four in the process.