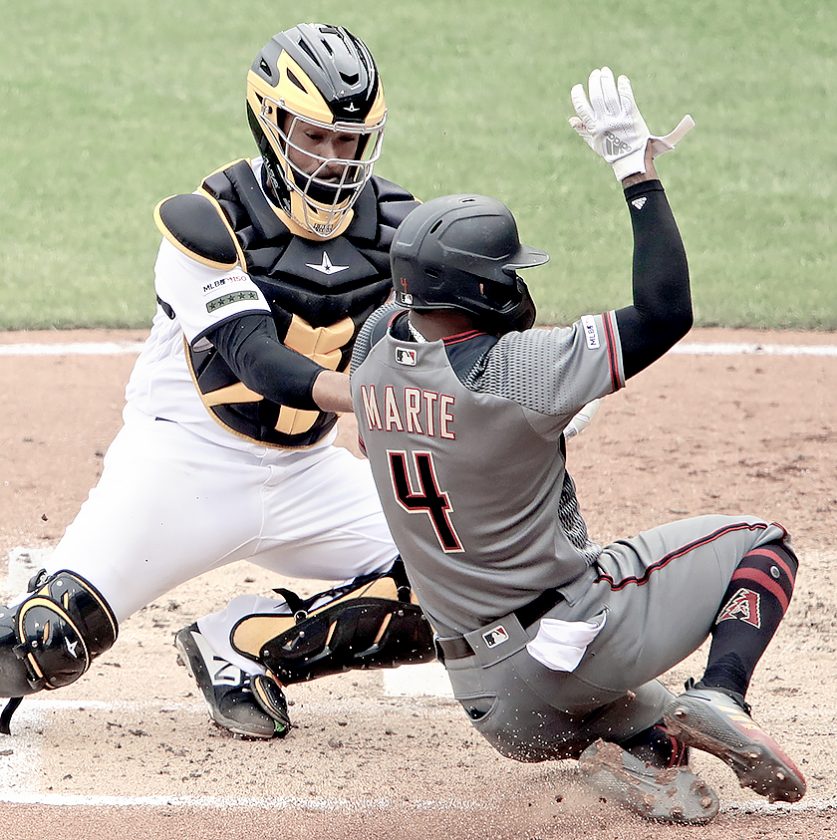 PITTSBURGH — Zack Greinke did a little bit of everything on Thursday, holding the Pirates to two hits over seven innings and adding a big hit of his own to lead the Arizona Diamondbacks to a 5-0 victory and a four-game sweep of Pittsburgh.

Greinke and two Arizona relievers combined to allow five hits in the second shutout of the season for the Diamondbacks. It was Arizona’s second consecutive four-game sweep in Pittsburgh and 10th straight win overall at PNC Park.

Greinke (4-1) was deceptive, not overpowering. Despite a fastball that averaged around 90 mph, he got 17 of them to go for called strikes.

“I was just locating pretty good,” Greinke said. “I probably also threw another 10 that were just an inch away from being a strike. So, that was probably the key, the ball was just going where I wanted it to.”

Greinke has won four straight decisions and has gone 15 consecutive innings without allowing a run.

“He’s our No. 1 for a reason,” manager Torey Lovullo said. “He goes out there every fifth day and gives us a great effort and we’re in every baseball game that he starts.”

The Arizona offense produced five extra-base hits off Pirates starter Jameson Taillon (1-3), all of which went to right field.

Christian Walker doubled home Jarrod Dyson in the first and then scored on a Ketel Marte groundout. Walker doubled again to lead off the fourth and went home on Blake Swihart’s grounder.

“I think the whole offense is in a pretty good place right now, feeding off each other,” Walker said. “I think that’s a pretty big part of it.”

That extended all the way down to the No. 9 spot in the batting order, where Greinke tripled off the 21-foot high Clemente Wall in right to lead off the fifth, the first triple of his 16-year career. In six games, he is hitting .462 with a 1.231 slugging percentage. Dyson followed Greinke with another triple and scored on Eduardo Escobar’s sacrifice fly.

“He loves to hit, he takes it very seriously, and to see him go in like that, that just boosts everybody else up in the lineup, because that guy only gets to hit once every five days,” Dyson said.

The six total extra-base hits gave Arizona an NL-leading 108 on the season.

“I thought I made a lot of really good pitches today,” Taillon said. “The ones that I didn’t, they let me know they weren’t good pitches.”

Andrew Chafin worked around two hits in the eighth and Yoshihisa Hirano finished the shutout in the ninth.

The Pirates have now lost five straight games after winning five in a row to surge to first place in the NL Central. Pittsburgh scored just seven runs in the series, but manager Clint Hurdle credited the hot Arizona bats for breaking up his team’s momentum, which had been built on strong starting pitching.

“They have a balanced offense. They have speed, they have power,” he said. “Sometimes it’s when you play people as well, I’ve said that all along. Not who you play, but when you play them.”

Pirates: RHP Chris Archer (1-1, 2.74) will start a three-game series in Los Angeles against the Dodgers.