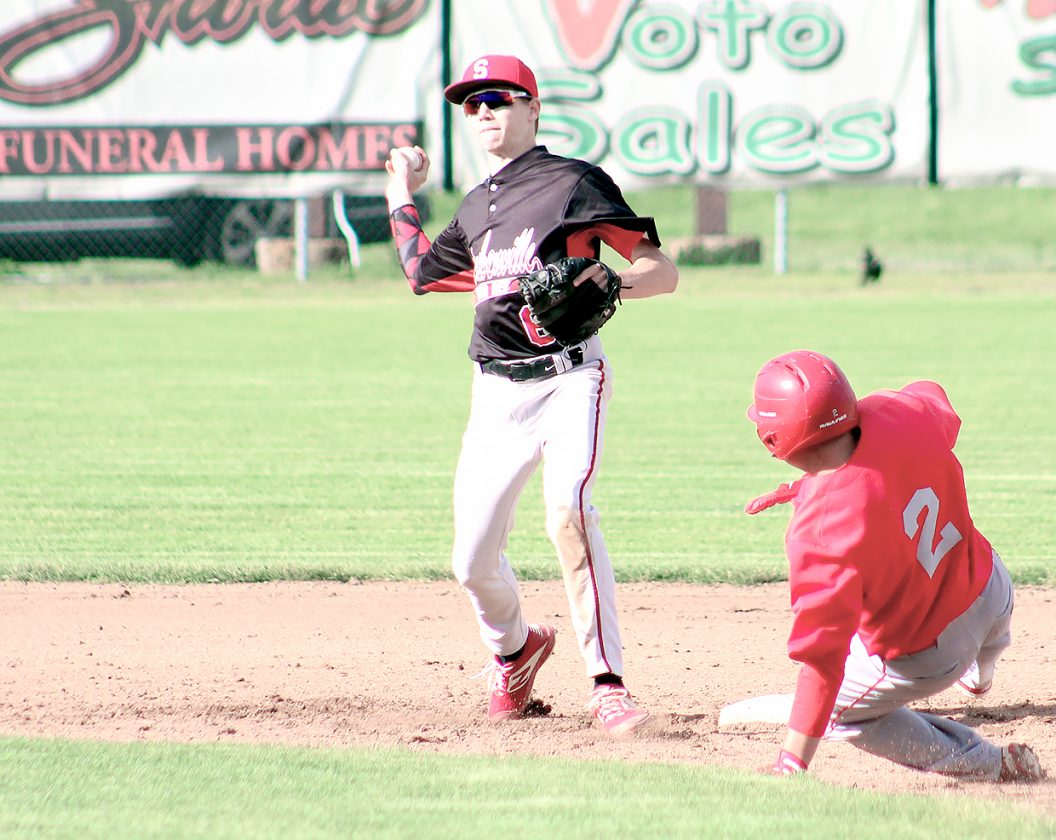 Third-seeded Steubenville sent 32 batters to the plate in the first three innings and pounded out 16 hits in rolling to an 18-0, mercy-rule victory over Minerva, which was seeded 14th in the Eastern District Division II tournament.

With the win, Fred Heatherington’s 19-6 club advances to Monday’s district semifinals against ninth-seeded Maysville, which eliminated Indian Creek 4-2. The site for that game will be at Mazeroski Field in Cadiz.

“It’s tournament time — we want to work hard, keep playing and see what happens,” Heatherington said. “I think we can do some good things, but we have to continue playing hard and play with energy.

The Lions, who opened tournament play with a win over Carrollton, had an opportunity to take control when they loaded the bases in the first with just one out. Evan Hertel worked Big Red starter Niko Kausky for a walk. Charlie Bolanz and Cole Maley followed with singles. Kausky then fielded a grounder off the bat of Mike Hanley to start a 1-5-3 inning-ending double play.

After that, it was all Big Red.

“Things just didn’t end up in our favor in that first inning,” Minerva coach Greg Travis said. “After that walk and a couple of singles, I thought we would jump on the board first. Unfortunately, it just didn’t work out for us.”

In its half of the inning, Steubenville scored five times, three runs coming with two outs. Kausky, Quinn McCoy, Calvin Bickerstaff, Ethan Duggan and Luke Zorne all recorded RBIs. Big Red sent 10 batters to the dish during the rally.

Nine more Steubenville players made a trip the plate in the second, as the hosts pushed the score to 10-0. Kausky, McCoy, Duggan and Zorne drove home runs. The fifth tally came on a wild pitch.

The defense turned another double play in the third to quell a potential Minerva rally.

“We put the ball in play hard, and we were fortunate enough to score a lot of runs,” Heatherington said. “Defensively, we played well. Our pitchers threw strikes, and the defense was ready. We made some good plays.”

Kausky worked the first two innings to earn the victory. After escaping trouble in the first, he recorded a 1-2-3 second. Bickerstaff, who is working his way back into the rotation after recovering from an injury, took over in the third. He gave way to Dylan Cunningham with one out in the fifth.

“We’re just trying to get him some work,” Heatherington said of Bickerstaff. “He’s building his way back to where he’s ready to throw a full game. Hopefully, he’ll be ready for next week and the week after.”

Minerva: Finishes its season at 7-17.

“We had some age this year but not a ton of experience,” Travis said. “I think we did a good job of getting some of our younger guys in games this season. Moving forward, that’s going to help us grow.”

Steubenville: Hosts St. Clairsville Thursday for a makeup game. The Red Devils launched tournament play with a 1-0 victory over John Glenn. On Friday, Steubenville will visit Edison to complete a game suspended by rain a few weeks ago.