Backup quarterback spot heating up for Steelers after preseason win 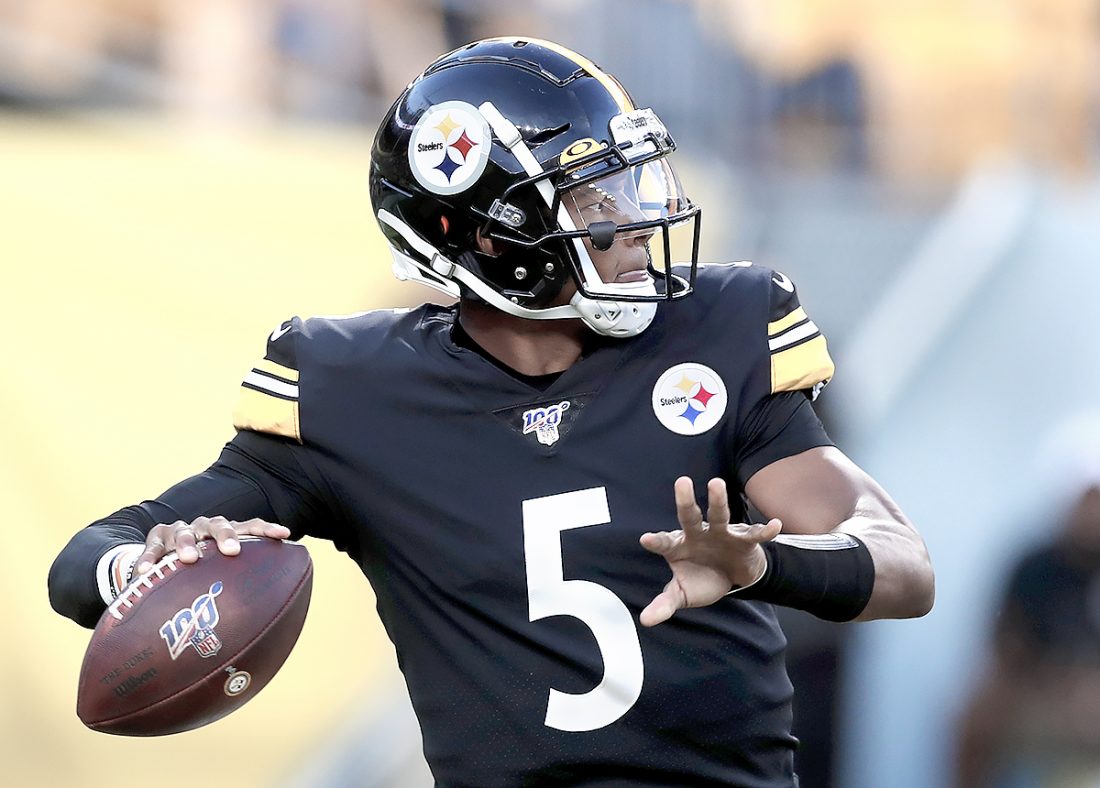 Pittsburgh Steelers quarterback Joshua Dobbs (5) throws a pass during the fist half of an NFL preseason football game against the Tampa Bay Buccaneers in Pittsburgh, Friday, Aug. 9, 2019. (AP Photo/Keith Srakocic)

PITTSBURGH — The battle is on for the backup quarterback spot in Pittsburgh.

Josh Dobbs and Mason Rudolph led the offense on four scoring drives as the Steelers defeated the Tampa Bay Buccaneers 30-28 on Friday night in the preseason opener for both teams.

“It was good to get out there, make plays and move the ball efficiently,” Dobbs said.

In Tampa, the Buccaneers want to see if Jameis Winston is the long-term answer at quarterback this season. His short sting Friday was a positive step.

Winston led the Bucs’ first-team offense to a touchdown in his only offensive series against a Steelers defense that featured few regulars.

“We executed pretty well and really established the run game,” Winston said. “When you run the football well, you get touchdowns on the first drive.”

Dobbs started and played two series, going 5 of 8 for 85 yards and throwing an interception that was nullified because of offsetting penalties. Dobbs, a fourth-round draft pick in 2017, also had two third-down scrambles for 44 yards, including a 36-yarder that set up a 33-yard field goal by Chris Boswell.

Rudolph entered on the third series and played into the third quarter. He finished 5 of 8 for 91 yards and two touchdowns.

Rudolph, the Steelers’ third-round pick in 2018, completed all three attempts during his first series, including an 8-yard touchdown to James Washington, his college teammate at Oklahoma State. In the third quarter, a 59-yard catch-and-run by Johnny Holton set up a 3-yard score to Zach Gentry, the Steelers’ fifth-round pick.

“I’m more comfortable,” Rudolph said. “Just the way I’ve been feeling in practice and just coming along in my second year overall.”

Bruce Arians coached his first game for the Buccaneers, and he did it where he was an assistant coach from 2004-11, winning two Super Bowls. Arians, back on the sideline after a year of retirement, coached in Arizona for five seasons and, while in Pittsburgh, helped develop Roethlisberger into one of the league’s top quarterbacks.

The Bucs hope he can do the same with Winston, the No. 1 overall pick in 2015 who led the league’s top-ranked passing offense in 2018, but has been spotty.

Steelers first-round pick linebacker Devin Bush finished with 10 tackles, including seven solo in one half. He had six tackles in the first quarter alone, with four solo. Bush, the No. 10 overall pick from Michigan, nearly had an interception and was part of a fourth-and-1 stop in the second quarter.

“I was just feeling it,” Bush said. “I was just having fun. I think that’s the biggest thing, I was having fun and playing football.”

Tampa Bay running backs Peyton Barber and Ronald Jones combined for 36 yards on just seven carries against the Steelers. The Bucs had one of the worst rushing offenses in the league last season. Barber led the team with 871 yards and five touchdowns in 16 games. Jones, the Bucs’ second-round pick in 2018, had just 22 yards on 28 carries in the preseason last year, and 44 yards and a score on 23 carries during the regular season, when he struggled with the playbook. He had 18 yards on four carries Friday.

WASHINGTON WITH THE CATCH

Washington, the Steelers’ second-round pick in 2018, finished with four catches for 84 yards and a touchdown. Washington also caught a 43-yard pass while Pittsburgh was backed up at its 6-yard line, and hauled in a 22-yard reception on third-and-21 from the Steelers 10.

“I’m just making plays and doing whatever I can to help this team move down the field,” Washington said.

Boswell converted both his field goal tries for Pittsburgh, while Matt Gay went 1 for 1 for Tampa Bay.

Boswell was a Pro Bowler in 2017, but he struggled last season, converting just 65% percent of his kicks. He hit from 47 and 33 yards against Tampa Bay.

Gay, the Bucs’ fifth-round pick from Utah, closed the first half with a 55-yard field goal. It matched the longest NFL kick in stadium history. 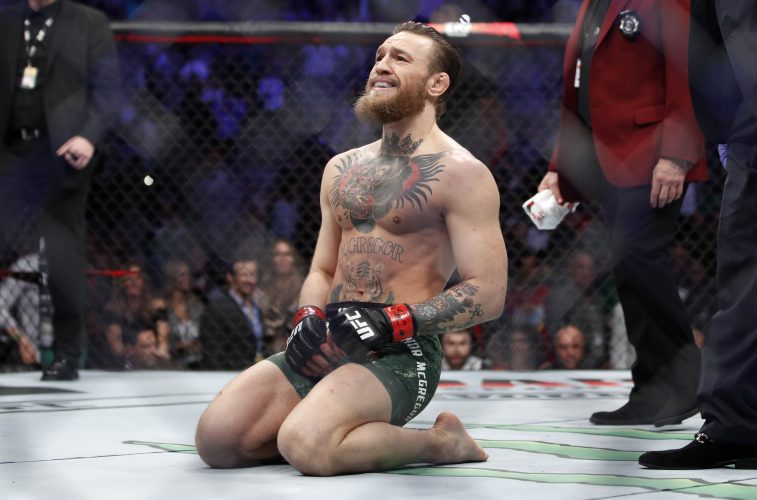 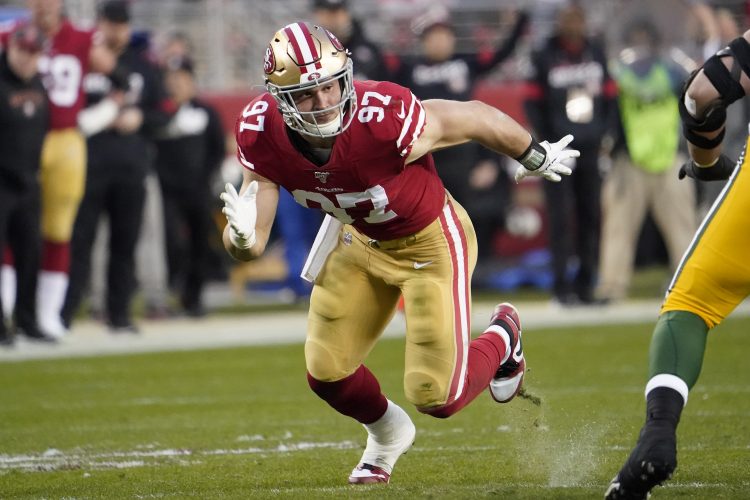 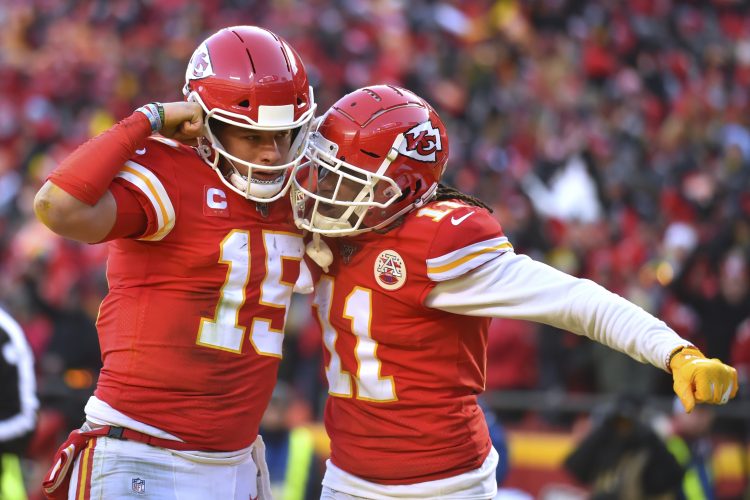 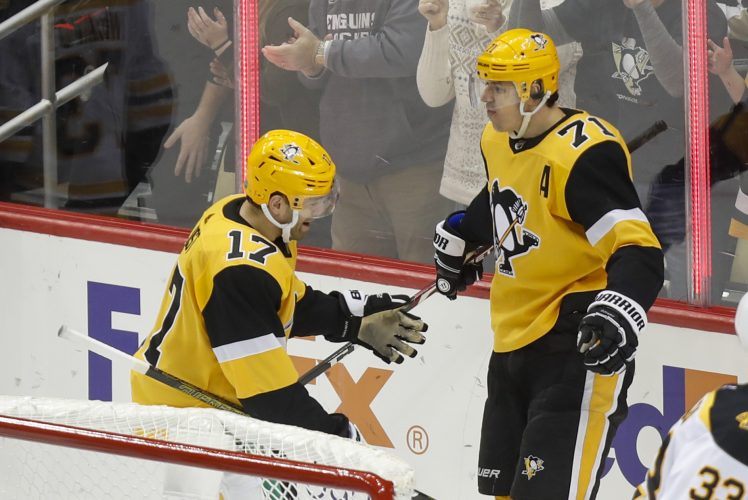