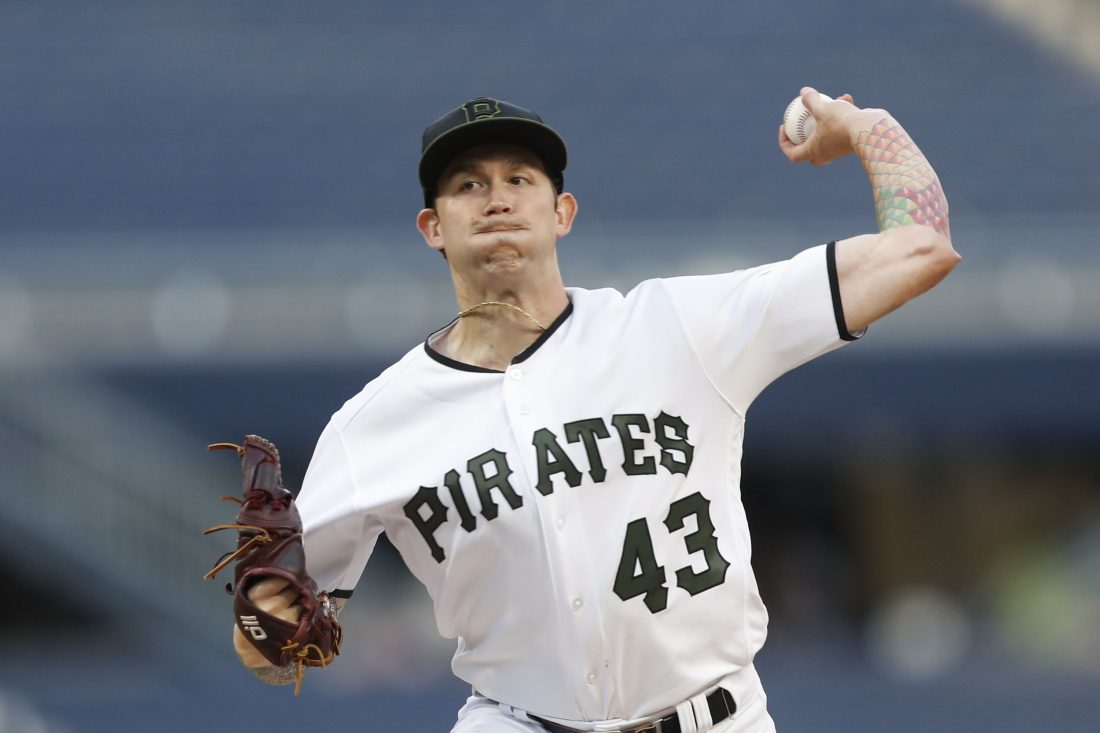 “I can’t get hurt again,” the Washington Nationals ace said. “That’s just the reality of this.”

Scherzer pitched four innings in his return from the injured list Thursday night and the Nationals beat the Pittsburgh Pirates 7-1.

Scherzer allowed one run and four hits, struck out three and walked one. The three-time Cy Young Award winner was put on the IL on July 26 with a strain in his upper back — a day earlier, he made his first start since being on the injured list with a back issue.

“I just wanted to come out here, not really empty the tank tonight, and just try to pitch,” Scherzer said. “Got out here and was able to go four innings, and got to get a good feel for this, of getting back in there.”

“I feel pretty good post-start. With this whole process of trying to learn what’s going on here, it’s a recovery,” he said.

The Nationals hadn’t set a pitch count for Scherzer in this game, but said they would closely monitor him. He threw 71 pitches, 48 for strikes.

“He threw 70-plus pitches, and he felt good,” Nationals manager Dave Martinez said. “He was a little gassed, which we figured he would be. His intensity was like always and he got through it.”

Anthony Rendon and Howie Kendrick homered for Washington, which leads the NL wild-card race and won for the ninth time in 11 games.

The Pirates fell to 8-30 since the All-Star break. Steven Brault (3-3) allowed two runs, each scored in the first, in six innings. Five of Washington’s seven hits off Brault came in the first two innings.

“It was just the ebb and flow of the game, and that’s why I love starting so much,” Brault said. “That’s why I’ve always loved starting. You have to be able to make adjustments throughout the game.”

Scherzer is 7-0 in his past 11 starts. He said the next step would be to build toward throwing 100 pitches in a game.

“Hopefully I wake up tomorrow and I feel good,” Scherzer said. “If I do, it’s time to strengthen up. That will be a good sign, if I feel good tomorrow. … This is a good start, but I’m not out of the woods.”

Hunter Strickland (2-1) allowed one hit in two innings for the win.

Scherzer struggled in the third, using 25 pitches and allowing Adam Frazier’s seventh home run of the season on a fastball with one out. He stranded runners on first and second by striking out Colin Moran.

“We had one missed opportunity early,” Pirates manager Clint Hurdle said. “A couple innings where one more hit could’ve put some more pressure on (Scherzer). We’re not getting the big hit when we need it.”

Kendrick singled, doubled and hit his 14th homer, a two-run drive in the eighth that made it 4-1. Rendon hit his 28th home run in the ninth.

“Everybody’s contributing,” Nationals shortstop Trea Turner said. “It’s a hard lineup to get through and it’s been fun playing with those guys, and watching those guys.”

Nationals: 2B Brian Dozier was reinstated from the paternity list. … RHP Kyle McGowin and INF Adrian Sanchez were optioned to Double-A Harrisburg.

Nationals: RHP Anibal Sanchez (7-6, 3.99) is looking to avoid his first loss in more than more than three months when he takes the mound against the Cubs on Friday. He is 7-0 in 15 starts since allowing three runs in 4 1/3 innings of a 5-0 loss to the Dodgers on May 10.

Pirates: RHP Mitch Keller (1-2, 8.86) will try to get past the fifth inning for the first time against Cincinnati on Friday. The 23-year-old rookie has lasted five innings or fewer in each of his first five major league starts, including when he gave up six runs in 4 1/3 innings against the Cubs on Sunday.