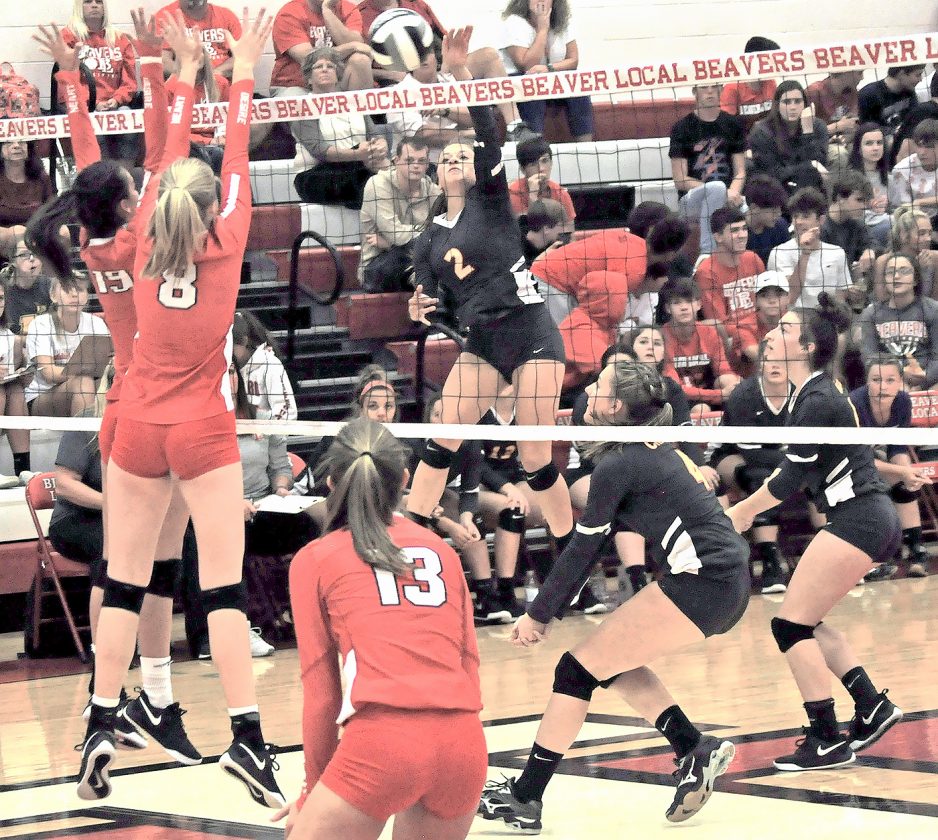 CALCUTTA — With only two returning starters, Beaver Local coach Sarah Lowe is treating every match this season as an opportunity for growth.

With half of the Buckeye 8 Athletic League schedule now in the books, she is pleased with how things are taking shape.

“We’re a very young team this year,” Lowe said. “We only have two seniors and are relying on a number of underclassmen. Each game is a learning opportunity for us, and I think we’re coming together very well.”

The Beavers polished off another victory Monday, as they dispatched Buckeye 8 foe Indian Creek 25-13, 25-18, 25-19 at Beaver Local High School.

Beaver Local improves to 7-1 overall and 4-0 in the Buckeye 8 North Division, solidifying its hold on first place halfway through the league schedule.

“Tonight was a really good team win,” Beaver Local sophomore Elizabeth Kolkowski said. “We always play as a team out there, that’s what’s allowed us to win all these games so far.”

The Beavers got key contributions from a number of sophomores Monday, with Brooke Talbot totaling nine kills and six assists, while Kodi Kinsey had seven aces and 10 digs. Kolkowski had four kills, three blocks and six digs.

“The biggest thing we’ve stressed has been consistency game-to-game, and I think we’re starting to get there,” Lowe said. “We’re playing together very well.”

Beaver Local was largely in control for most of the first two games. The Beavers surged in front 13-4 in the first game and established a quick six-point lead in the second.

The Redskins cranked up the intensity in the third game and led 12-8 at one point.. The Beavers re-collected themselves and began to chip away, eventually nosing in front 16-15. They had enough momentum to finish the job from there.

“Coach (Lowe) gave us a little pep talk and got us re-focused in the third game,” Kolkowski said. “I think you saw our communication start to pick up. That’s something we’ve been working a lot on.”

“I really liked our aggression at the net tonight and some of the digs we were able to come up with on the defensive side,” Lowe said.

The Beavers now turn their attention to rival East Liverpool, which visits Beaver Local on Thursday.

“We need to keep working hard and getting better with each match,” Lowe said.