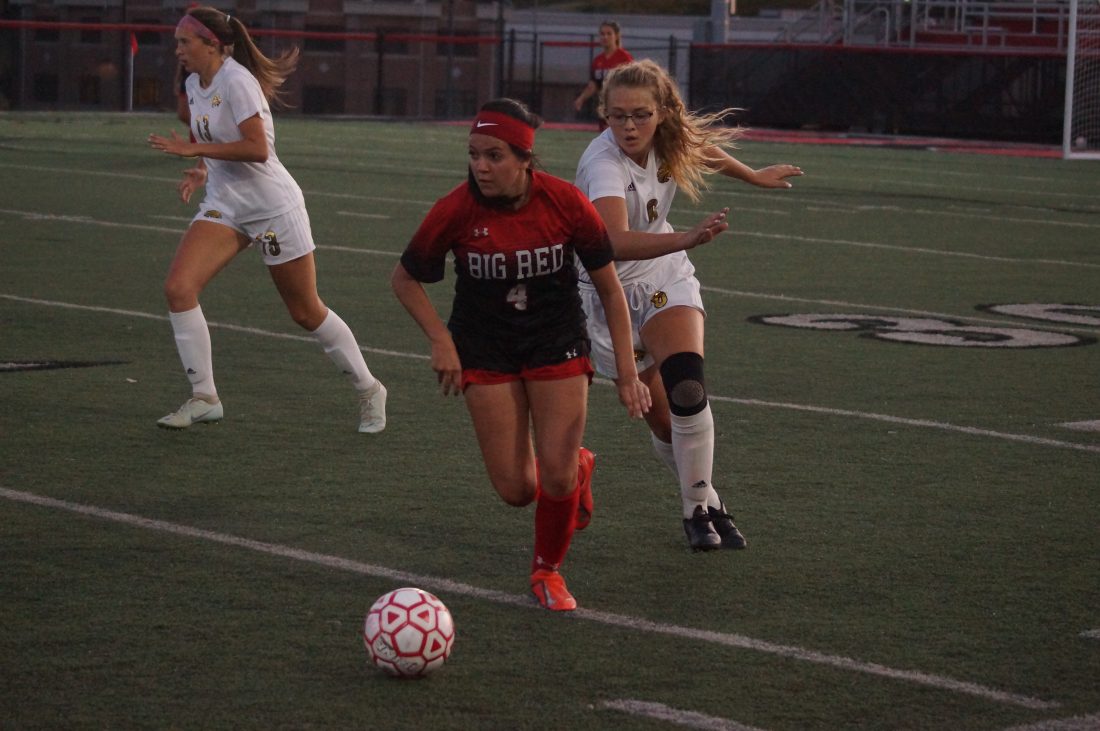 Zoe Nocera made seven saves in goal for Big Red.

John Marshall (4-5-1) got both goals from Zara Zervos, while Isabella Anderson made 10 saves for the Monarchs.

Both teams are on the road on Saturday. Big Red travels to Philo, while John Marshall is at Linsly.

Lizzie Montgomery scored the Wildcats lone goal on a free kick, while Kaydence Habbit made 12 saves.

Edison is off until Sept. 30 when it plays Brooke.

The Redskins (5-3-2) got two goals from Gunnar Bruttell and one from Vitalli Amis. Coy Amis made eight saves in goal.

Indian Creek is off until OVAC semifinal action on Monday.

Andrew Giambroni had the goal for the Golden Bears (5-4-4), assisted by Kade Koper. Jacob Clark made 15 saves.