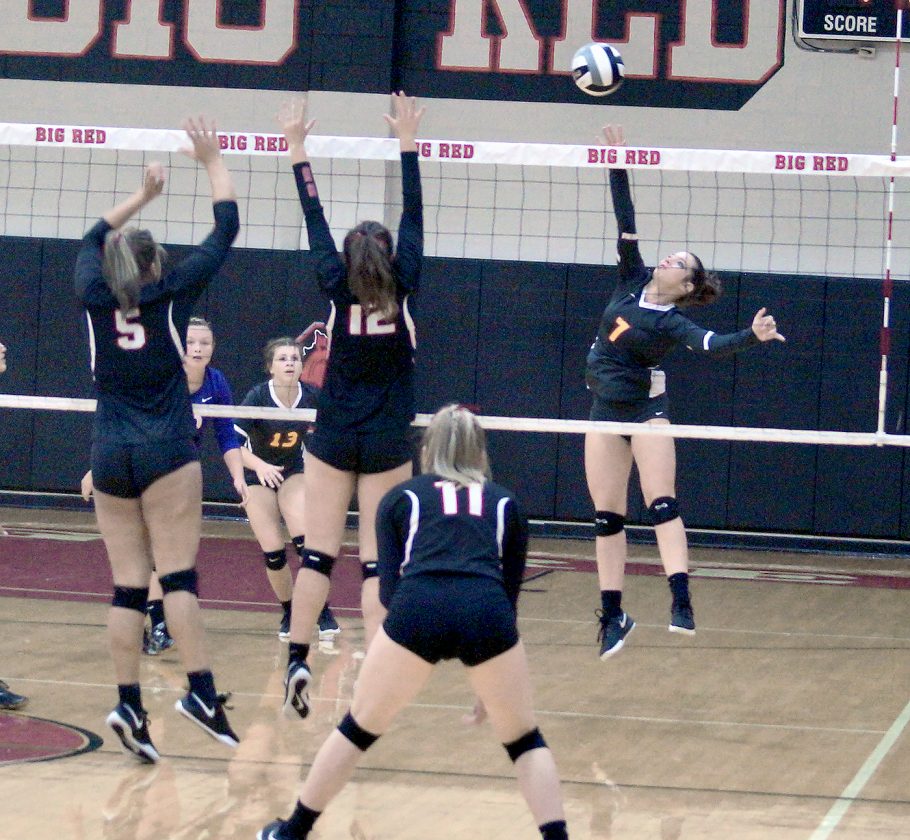 STEUBENVILLE — The story was the same.

The Indian Creek volleyball team dropped the first set against Big Red, but the Redskins responded and rallied to win the next three sets en route to winning the match in four sets, 19-25, 25-13, 25-18, 25-19, inside the Crimson Center to sweep the season series.

“It was like deja vu,” Indian Creek (5-3) head coach Molly Wilson said. “For us, it was the best case scenario. We did it before, and we were able to do it again. It has been an emotional two weeks at our school, and I was pleased with how focused we were in the match.”

“It was just like the beginning of the season,” first-year Big Red (7-4) head coach Kristin Taylor said.

Big Red came out strong Monday night as they had in the first meeting.

“We knew Big Red was going to come out tough,” Wilson said. “I was happy that we were able to match their momentum on their home court. We were able to refocus in the second, third and fourth sets.”

Big Red lost a key member of its team when Anna Taylor went down with an injury in the fourth set.

“It is a loss, but I am confident in any of the girls we bring in off of our bench,” Coach Taylor said. “She’s the third person – third starter – we have had go down with an injury this season. We have really had the next man up mentality, and the girls who have come in have done a great job. That is the great thing about not just having six great players, but having 10 or 12.”

There is a chance he two teams could meet again in the OVAC Class 5A Tournament or in the postseason.

“It is nice to beat a rival, and it is nice to get a sweep,” Wilson said. “This is the first time we have played them twice during the regular season. It is nice that we were able to come out on top.”

Wilson also added that the team dedicated the win to coach Mike Voltz.

Both teams are scheduled to play Wednesday. Indian Creek is slated to play at home against Oak Glen, while Big Red will travel north to take on Beaver Local.