RICHMOND — McKayla Dunkle was the difference maker on the inside for the Harrison Central girls basketball team, while Lexi Carter delivered the knockout blows from the outside.

The game was close for most of the night, but the decisive run came in the fourth quarter. Harrison Central turned a one-point lead into a double-digit advantage, en route to defeating Edison, 55-46, Monday night.

Dunkle collected more than half of her team’s points in the game, while Carter contributed a pair of back-breaking 3-pointers to put the game on ice.

“We did two huge things,” Harrison Central (1-2) head coach Nick Yourkovich said about his team’s game-clinching run. “First, Lexi hit two big 3s. Second, we kept our composure, and we did not let ourselves got caught in their trap. Once we got out of the trap, that allowed us to have open space to push the ball up the court.”

The Wildcats (0-2) battled, but they did not have an answer for the Huskies’ last run.

“There were a couple of loose balls and a couple of rebounds we did not get,” first-year head coach John Visser said on what led to Harrison Central’s game-sealing spurt. “We did not take care of the ball. I am proud of their effort. We took a step forward tonight.”

Dunkle delivered a game-high 28 points (15 in the first half and 13 in the second) to lead the way for the Huskies.

“It was a breakout game for her,” Yourkovich said. “We expect that from her. We need that from her. She got a lot of experience last year as a freshman. This is something she can build off of going forward. It should give her confidence going into the rest of the season. Hopefully, this continues throughout the season.”

Two players scored in double digits for the Wildcats. Alysea Fiedorczyk collected a team-high 20 points, while Ashley Grafton finished with 11.

The Wildcats fought tooth and nail with the Huskies, but they did not have enough left down the stretch.

A 3-pointer by Grafton pulled Edison to within 41-40, but Harrison Central netted the next seven points to take an eight-point lead. A 3-pointer by Gracie Fox brought the Wildcats to within 47-43, and a free throw by Mikalya Petrisko made the score 47-44. However, Carter answered the call by hitting two daggers from beyond the arc to put the game out of reach.

“They have improved,” Yourkovich said about the Wildcats. “We knew that coming in. I know coach Visser. He coached with me for seven years. I know what he brings to the table. He brings a lot of energy. He gets the most out of his teams. They play extremely hard. He plays a trapping-style defense. We expected this coming in.”

Yourkovich and Visser achieved a good amount of success during their time together at Harrison.

“We won a few titles together,” Visser said. “I have a lot of respect for Harrison Central. We went eye to eye tonight. It went kind of how I figured it would go. They were able to pull it out at the end.”

Harrison Central led by two points at halftime. The Huskies came out strong to start the second half, as they scored the first eight points of the third to build a 34-24 advantage. The Wildcats scratched and clawed their way back into the game, as a basket by Fiedorczyk pulled Edison to within four points. The Huskies led 37-32 entering the fourth.

Edison led early, but Harrison Central came back to tie the score at 9-9 at the end of the first quarter.

Dunkle put on a show in the second quarter, as the sophomore scored 12 of her team’s 17 points. The Huskies ripped off a 7-0 run, en route to taking a 26-24 lead at halftime.

The victory gives the Huskies confidence going into the remainder of their season.

“We have a young team, and this shows them that their hard work is paying off,” Yourkovich said. “We are seeing things we do every day in practice and drills, we are seeing them do them in games. If we continue to do that, we will see more success.” 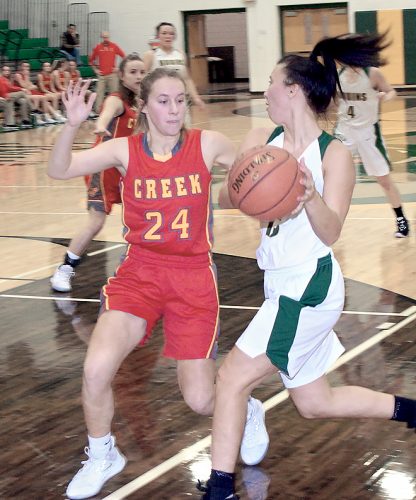 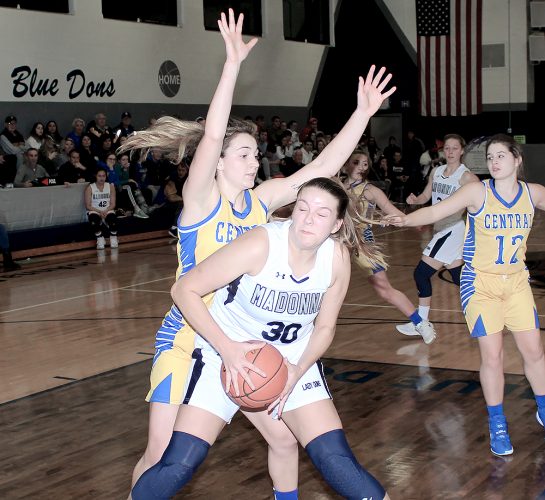