No. 2 Ohio State beats No. 10 Michigan for record run 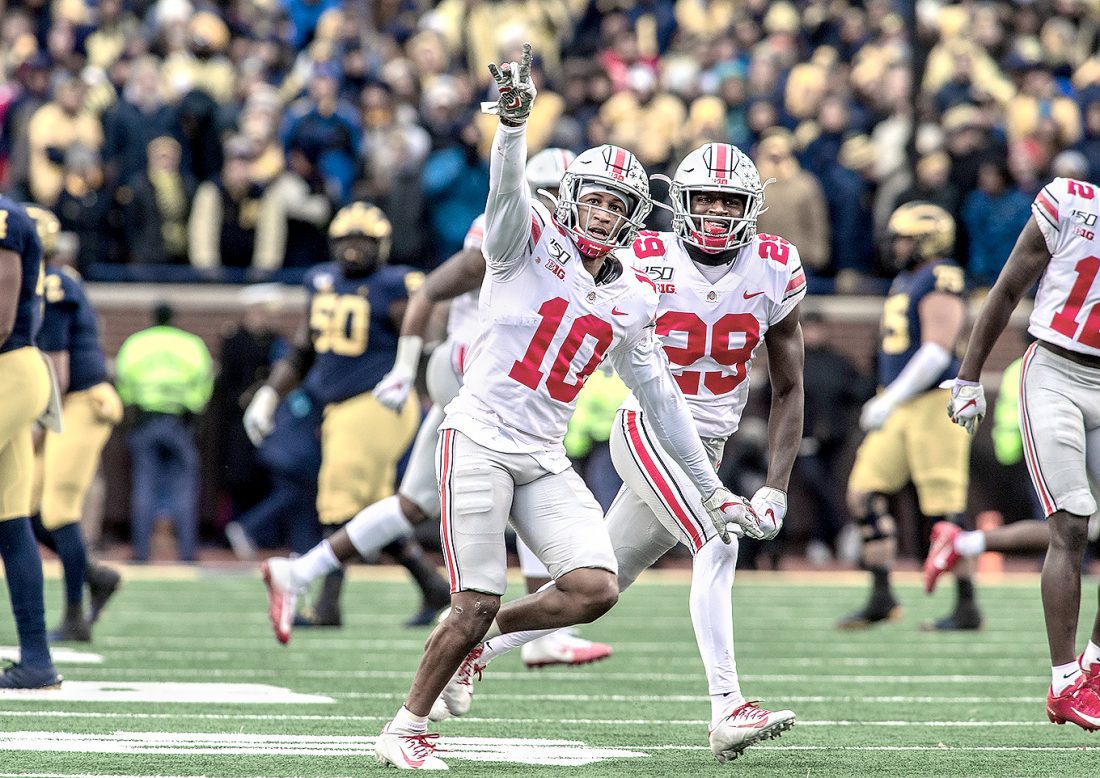 ANN ARBOR, Mich. (AP) — Ohio State has turned what’s known as The Game into ITS Game, making one of the greatest rivalries in sports a one-sided series with little suspense.

Chasing a national championship, not simply beating the Wolverines, is how the Buckeyes measure a successful season.

And under first-year coach Ryan Day, they have put themselves in a position to potentially win it all for the second time since the 2014 season and third time this century.

J.K. Dobbins ran for four touchdowns and Justin Fields threw four TD passes, providing plenty of firepower for No. 2 Ohio State to rout No. 10 Michigan 56-27 Saturday for a school-record eighth straight win in the series.

“It feels great just to continue the legacy of this great Ohio State tradition,” defensive end Chase Young said. “We’re just going to try to keep it moving and keep it rolling next week.”

The Buckeyes (12-0, 9-0 Big Ten, No. 1 CFP) will head to the Big Ten championship game to face No. 13 Wisconsin next Saturday with a spot in the College Football Playoff in sight.

Fields will likely use the limited time to rest and test out braces to protect his left knee that was injured for a second straight week.

He went down in the third quarter and gingerly walked off the field to get evaluated in a tent behind Ohio State’s sideline. He came back in the game after a few plays and on the next snap, scrambled and threw a 30-yard touchdown pass to Garrett Wilson.

“It was a magical moment,” Day said. “I thought it was a Heisman moment.”

Fields has thrown 37 touchdown passes with only one interception and scored 10 more times rushing.

The sophomore quarterback said he aggravated a strained ligament, forcing him to use a bulky brace after starting the game with a smaller one, but didn’t consider staying out of the game.

“I wanted to show the team I was tough,” he said.

“It’s just kind of the same thing every year,” Michigan tight end Sean McKeon said. “It gets old, but you’ve just got to play better against them.

Harbaugh was asked if the difference between the teams was talent, preparation or coaching?

“I’ll answer your questions, but not your insults,” Harbaugh said to a reporter.

Michigan got off to a strong start, driving 75 yards on the opening drive and scoring on Giles Jackson’s 22-yard run.

The Wolverines, though, followed that up with the first of too many mistakes that doomed their chances of pulling off an upset as a heavy underdog. Quinn Nordin missed the extra point and less than a few minutes later, the Buckeyes took the lead for good.

Dobbins, who ran 211 yards on 31 carries, scored to put Ohio State ahead 7-6 midway through the first quarter.

Fields, who was 14 of 25 for 302 yards, connected on a 57-yard touchdown pass to Chris Olave late in the first quarter.

Michigan answered with Shea Patterson’s 25-yard TD pass to Donovan Peoples-Jones to pull within a point later in the opening quarter and couldn’t get closer.

The Buckeyes turned the game into a rout by outscoring Michigan 28-3 to earn a 42-16 cushion late in the third quarter when only the final score was in doubt.

During the pivotal surge, Patterson lost a fumble on an accurate, shotgun snap from the Ohio State 12 trailing by eight points midway through the second quarter.

“The turnover by myself was huge,” he said. “You can’t fumble the ball down there.”

Patterson was 18 of 43 for 305 yards with an interception late in the game. He completed 14 of 19 in the first half for 250 yards before the Buckeyes slowed down the one-dimensional offense.

Hassan Haskins had 78 yards rushing and ran for a TD and a 2-point conversion early in the fourth to cut Michigan’s deficit to 15 points.

Fields and Dobbins added late TDs, giving Ohio State 56 points a year after it scored 62 in a win over the Wolverines.

“There wasn’t too much talking going on,” he said. “Coach Harbaugh just told us to keep our composure.”

Ohio State: The Buckeyes’ defense had issues for the first time this season, allowing a season-high 396 yards. Young also had a quiet day, but the defense he leads played better in the second half than first and the offense did the rest.

“They did a lot of doubles, triples, bringing the guard over to help,” Young said. “Everybody on the defense stepped up.”

Michigan: The Wolverines must figure out how to get better defensively to have any chance of making the rivalry competitive.

“We made some mistakes and they executed very well,” Harbaugh said.

“I know a few players on the team and I just know the things we do in terms of workouts and how serious we take it at Ohio State,” Fields said. “Talking to those guys and getting their perspective, I definitely see that we take it way more serious.”

Ohio State could become the top-ranked team in The Associated Press poll after becoming No. 1 in CFP rankings earlier in the week. Michigan will fall back in the poll.

Ohio State: The Buckeyes will have a rematch with Wisconsin, who they beat 38-7 about a month ago.

Michigan: Waits for its bowl bid.

PITTSBURGH — A woman was charged with attempted homicide in a Pittsburgh stabbing that critically injured former Ohio State quarterback Terrelle Pryor, who is also facing a charge, police said.

Pryor was taken to the hospital just after 4:30 a.m. Saturday following a dispute with “mutual combatants” in an apartment on the city’s North Side, police said.

Gregory Diulus of Vantage Management Group, which represents Pryor, said family members had been told Pryor is expected to make a full recovery. Another call to Diulus was made seeking comment on the charge. Court documents don’t list an attorney for Briston and a listed number for her couldn’t be found Saturday. Diulus said he expects to see Pryor on Sunday.

After Pryor’s illustrious Ohio State career ended in 2011, he spent time with nine NFL teams including the Buffalo Bills, New York Jets, Washington Redskins and Cleveland Browns. He most recently signed with the Jacksonville Jaguars but was waived in September after a hamstring injury.

Pryor, a product of Jeannette, Pennsylvania, was a national star in high school — considered one of the top high school football players in the country when he signed with the Buckeyes in 2008. His recruitment drew national attention because he took the unusual step of waiting until mid-March to make his final decision. Most prospects sign in early February.

At Ohio State, Pryor started as a freshman and was the Rose Bowl MVP during his sophomore season in 2009.

Late in the 2010 season, Pryor and some of his teammates were found to have broken NCAA rules by trading their equipment, memorabilia and autographs for tattoos at a shop in the Columbus area.

That NCAA investigation led to the revelation that Ohio State coach Jim Tressel had lied to investigators seeking information on Pryor and his teammates. Tressel, who had won a national championship at Ohio State, was forced to resign on Labor Day weekend 2011.

With allegations of more possible violations mounting and the possibility of a being ruled ineligible, Pryor decided to skip his senior season and leave Ohio State in June 2011. He was selected in the NFL’s supplemental draft later that month by the Oakland Raiders.

Pryor was tied for the most touchdown passes in school history at 57 and second-most wins with 31 total victories at the end of his career, according to the university’s athletics department.

He was never punished in college for the NCAA violations but began his NFL career with a suspension of five games. 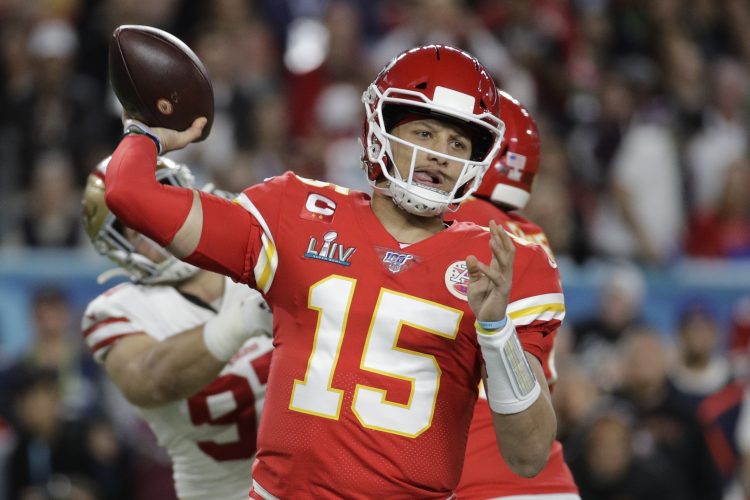 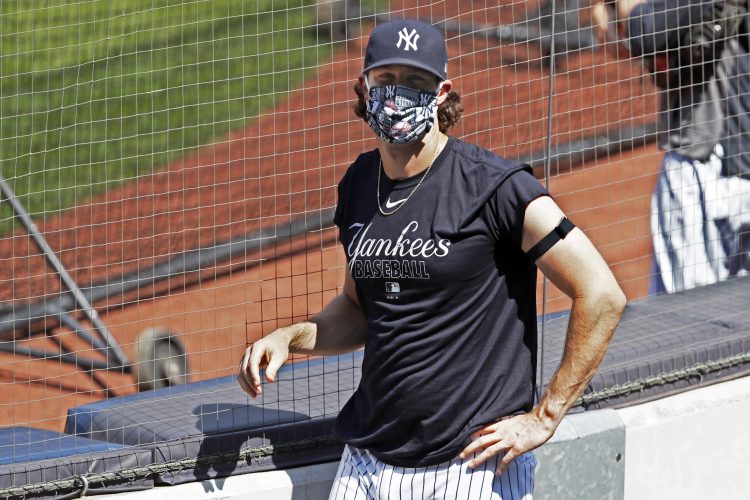