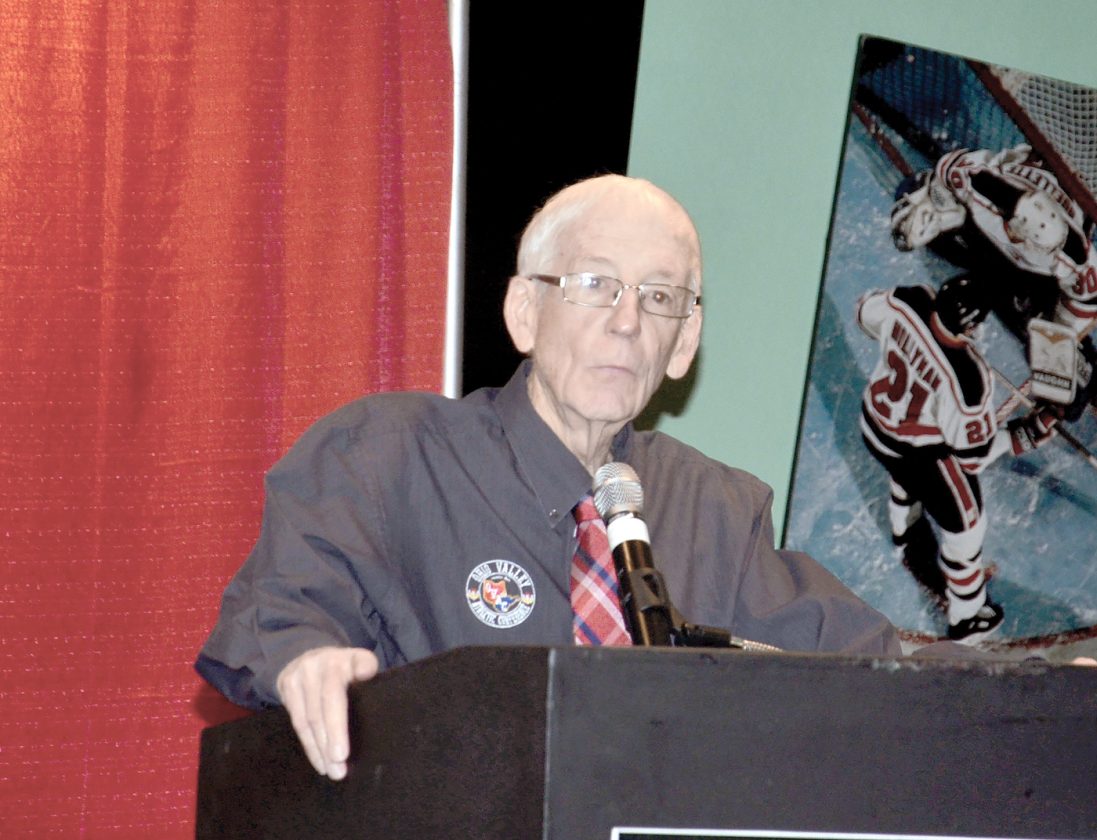 WHEELING — They say change is for the better. As far as the OVAC Ron Mauck wrestling tournament is concerned, we’ll just have to wait and see come Saturday. The annual three-day event begins tonight inside WesBanco Arena with wrestlers being seeded by a seven-person committee for the first time in its 67-year history.

Tonight starts at 6 p.m. with the Olympic-style opening ceremonies. Wrestling begins at 6:30 with preliminary and first-round matches

“Those seven guys that were doing the seeds kind of reminds me of some of those old guys that we had many, many years ago. I would say to you that they would be very proud of what you did Sunday,” tournament namesake and former tournament director Ron Mauck said Monday night during the pre-tournament press conference. “Those seven members that you coaches selected represented you quite well. They were very sincere and took their time in each weight class. There was a lot of dialogue … good, positive, dialogue. They were all trying to put the best wrestlers where they should be.

“Granted, they’re not going to get it perfect, but one thing I think we need to remember since it’s all done by a computer, decisions can only be made by the information the committee has.”

A total of 441 individuals will take to the arena floor at 6 p.m. for the Olympic-style opening ceremonies, which will be immediately followed by 207 preliminary and first-round bouts on eight mats. Tournament officials estimate the night lasting a little more than two hours.

Parkersburg South won the Class 5A, with Barnesville taking the 3A title (80 points) and Bridgeport the Class 1A/2A (62).

“Coming back as the defending champion there’s that much pressure but our kids come here and expect to win,” first-year Beaver Local head coach Jonny McComas said. “Last year we were able to take down South and the kids are excited to come back here and defend their title.”

The Beavers and Patriots each claimed 13 seeds out of the 14 weight classes, so it should be another exciting three days of action. Of those seeds, Beaver Local was awarded five No. 1 slots and a pair of seconds. Parkersburg South got two top seeds and a pair of seconds. Wheeling Park received 10 seeds, with a first and a second, while Steubenville had nine individuals in the top 12 of their respective weight class. Three of those, however, are No. 1s.

“We try to wrestle as tough a schedule as possible before the OVAC tournament. We try to schedule all the big teams before the tournament,” Wheeling Park second-year head coach Brian Leggett offered. “Now with the (seeding) committee, we wanted to leave it up to them.”

Steubenville’s Mike Blackburn was optimistic about his top seeds.

“You always want to be higher if you’re not the No. 1 seed, but the kids just have to come out and wrestle,” he said.

Oak Glen checks in with nine seeds in Class 4A, as well, including one top seed. St. Clairsville, which was the runnerup to Beaver Local in Class 4A last winter, should have a good showing with eight seeds, while Barnesville head coach Jayson Stephen saw eight of his individuals receive seeds.

“I thought the seeding worked out well,” Oak Glen’s Patrick McGillian said. “We’ll just have to wait and see.”

Individually, there are 63 returning placewinners from last year, including six champions. Several wrestlers will be competing for multiple titles

Beaver Local freshmen Jaymin Salsberry (113) and Logan Ours (132); East Liverpool junior Howard Williams (113); Oak Glen senior Peyton Hall (152); Parkersburg South seniors Brayden Roberts (152) and Braxton Amos (220) are the returning titlists. Williams will be seeking his third straight after winning at 106 and 113. Hall, a three-time W.Va. state kingpin, will also be looking for his third championship, winning in 2017 and last year, while finishing second in 2018. McComas is a two-time champion as a freshman and sophomore. He lost in last year’s finals. Roberts and Amos are both two-time defending titlists. Amos, ranked No. 1 nationally at his weight class by most publications, didn’t compete as a freshman.

Doyle made the announcement Monday night that the 152-pound title bout will be the featured match of the night. It will be held last, meaning the championship finals will begin at 160 and continue through.

¯ There are 18 preliminary-round bouts scheduled tonight.

¯ The annual OVAC vs. MAC “Clash of Champions” will tentatively be held at Wheeling Park High School at 7 p.m. March 17. The pre-event banquet will once again be held at Undo’s in Weirton the night before the event.