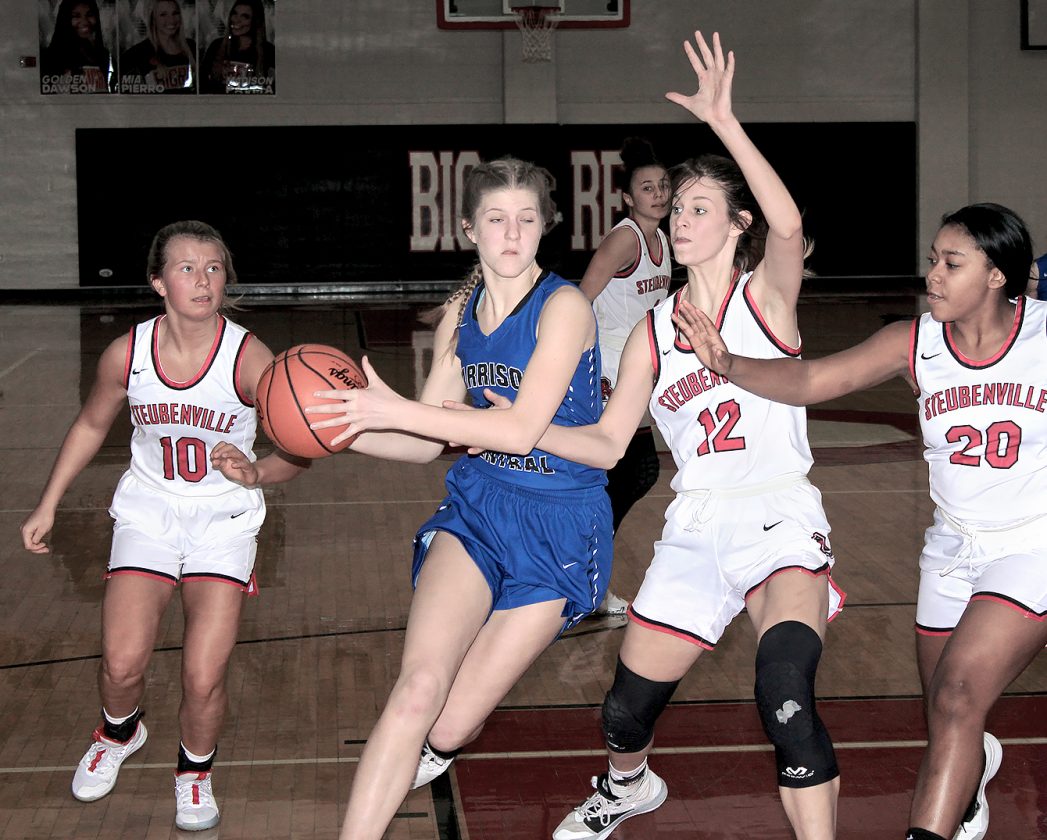 STEUBENVILLE — Steubenville’s girls shot 15 free throws during the fourth quarter of Thursday’s game with Harrison Central. They drained just enough (seven) to squeeze out a 43-40 senior night triumph inside the Crimson Center.

“We’ve been on a little bit of a slide the last couple of games, so it was nice to come out on the winning end regardless of the score, especially on senior night on our home court,” Steubenville coach Jeff Lombardo said after watching his team finish the regular season at 12-10. “Hopefully, this win gives us a little positive momentum going into the sectional tournament.

“We did everything we could at the end of the game to give them a chance. We missed some free throws that could have sealed the game. Luckily, we got some offensive rebounds off those misses and that allowed us to run a little more clock and get back to the line.”

The entertaining contest was close throughout. Big Red put together a 9-0 scoring run (Maggi Cucarese accounting for five of the points and Kylie Maxwell four) in the middle of the first quarter to grab a 15-12 lead.

The Huskies started the second with a 6-0 run of their own. Maddy Butler scored twice and Britton Positano added a hoop. That put Nick Yourkovich’s squad up, 18-15. Aubrey Thompson swished a triple to knot the score. Harrison answered with two more buckets from Butler and Positano. Thompson then scored off a steal to make it 22-20 Huskies at the break.

Steubenville caught fire in the third. After a Butler basket put Harrison up, 26-22, Cucarese, the sweet-shooting sophomore guard, connected twice from behind the arc. A Butler free toss made it 28-27. Big Red then rattled off six straight and led, 34-27, with eight minutes to go.

Two free throws by senior Anaiya Minniefield and a 3-pointer from Myla Gulan, also a senior, sparked the rally.

A Maxwell make from the charity stripe put the score at 36-29 early in the fourth. Harrison Central put together a 7-0 spree to tie things with 2:23 left. McKayla Dunkle, a talented sophomore, accounted for all of the points. She knocked down a jumper, then made five from the line.

Thompson went coast to coast after grabbing a rebound, and it was 38-36 Steubenville. Two free throws (one by Thompson and the other by Cucarese) pushed the advantage to 40-36. Positano made a couple of freebies with 33 ticks remaining. Thompson followed with two makes of her own before a Dunkle hoop made it 42-40 with 10 seconds left.

Gulan finished the scoring by going 1 of 2 from the stripe. Harrison Central (2-20) had a chance to force overtime, but Dunkle’s 3-point attempt missed its mark.

“With the exception of the third quarter, I thought we played hard,” Yourkovich said. “We didn’t play hard in the third, especially on the defensive end. We let them get out to a lead. The positive is we came back and fought, which is something we haven’t done much of this year. We got back in the game and had a chance to win it at the end.

“We have a rotation of six (three freshmen, a sophomore and two juniors), so we are young and learning. I told the girls this is the second game that has come down to a last-second shot, and both times we didn’t have a timeout to draw something up. They executed perfectly, and we got a very good shot at the end with someone who we wanted to take the shot. During the next two years, she’ll be taking that kind of shot again.”

“Maggi hit some big 3’s in the third quarter to get us going,” Lombardo said. “Our defense got much better in the third (Big Red held Harrison Central to just five points).

“In the fourth, they were able to get to the free-throw line and get some easy buckets. A couple of times, the ball was on the floor and they got it. Those things allowed them to sneak back in.”

Dunkle took game-scoring honors with 15 points. She completed her double-double by snaring 11 rebounds. Butler, just a freshman, added 13 points, 10 coming in the first half. The Huskies connected 16 times from the floor and went 8 of 12 at the line.

“I think we became much more competitive as the season went on,” Yourkovich said. “During the last three weeks, I think our defense has been really good. Everyone we have played a second time, we pretty much held to a lower point total, and we cut the deficits way down from early in the year.

“The girls are growing. Last week, we saw them start to apply a lot of the skill work we do in practice in games. That’s a positive.”

¯ Before the varsity game began, Big Red honored its three seniors — Madison Fields, who missed the game with an injury, Gulan and Minniefield.

“This is the first group of seniors I have coached for four years,” Lombardo said. “They are great girls, hard workers, good teammates and they are very coachable. Because of those qualities, they are going to do some special things as they go forward.

“The work ethic they have established in high school is going to carry over. They will be great leaders in whatever profession they choose because of the lessons they’ve learned along the way.”

¯ Samaria Blackwell netted 10 points, as Big Red collected an 18-10 victory in the two-quarter junior varsity contest. Maggie Goudy had five for the Huskies.

“We’ll go up there, and we’ll give it the best we have,” Yourkovich said. “We’ll go up and fight. That’s one thing I’ve learned the last three weeks — we are going to show up and fight”

Steubenville: Hosts Minerva Saturday in its Division II sectional opener. The tip is set for 2 p.m. Big Red is the eighth seed and the Lions are seeded ninth. The winner gets second-seeded Indian Creek on Wednesday.

“If all goes according to plan, we’ll have Fields and Elexis Martin back for Saturday,” Lombardo said. “That will help us against Minerva. Their record is similar to ours. They play a really tough schedule, are very well coached and disciplined. They actually really get after it.

“I know they want a second chance at Creek, just like we do. They’ll come in and get after it. We have to be ready for it. We’ll work on that in practice Friday. It should be a good game Saturday.”

Byron comes out ahead in virtual Bristol

CHARLOTTE, N.C. — William Byron led the most laps in NASCAR’s first two virtual races and had nothing to show ...

NEW ORLEANS — Former NFL kicker Tom Dempsey, who played in the NFL despite being born without toes on his kicking ... 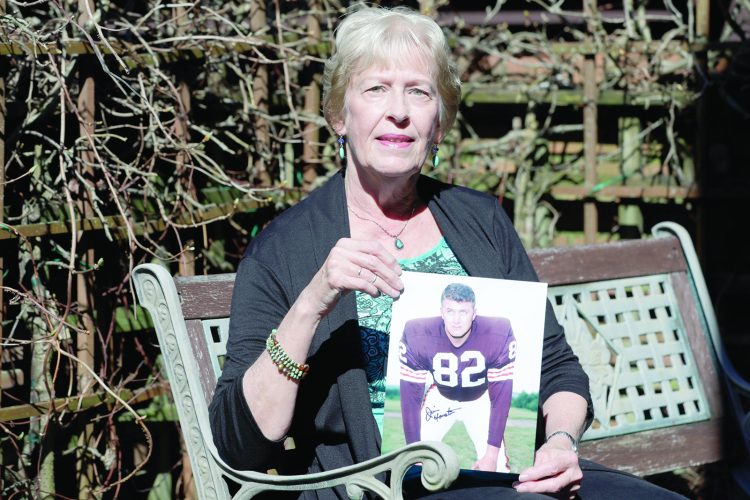