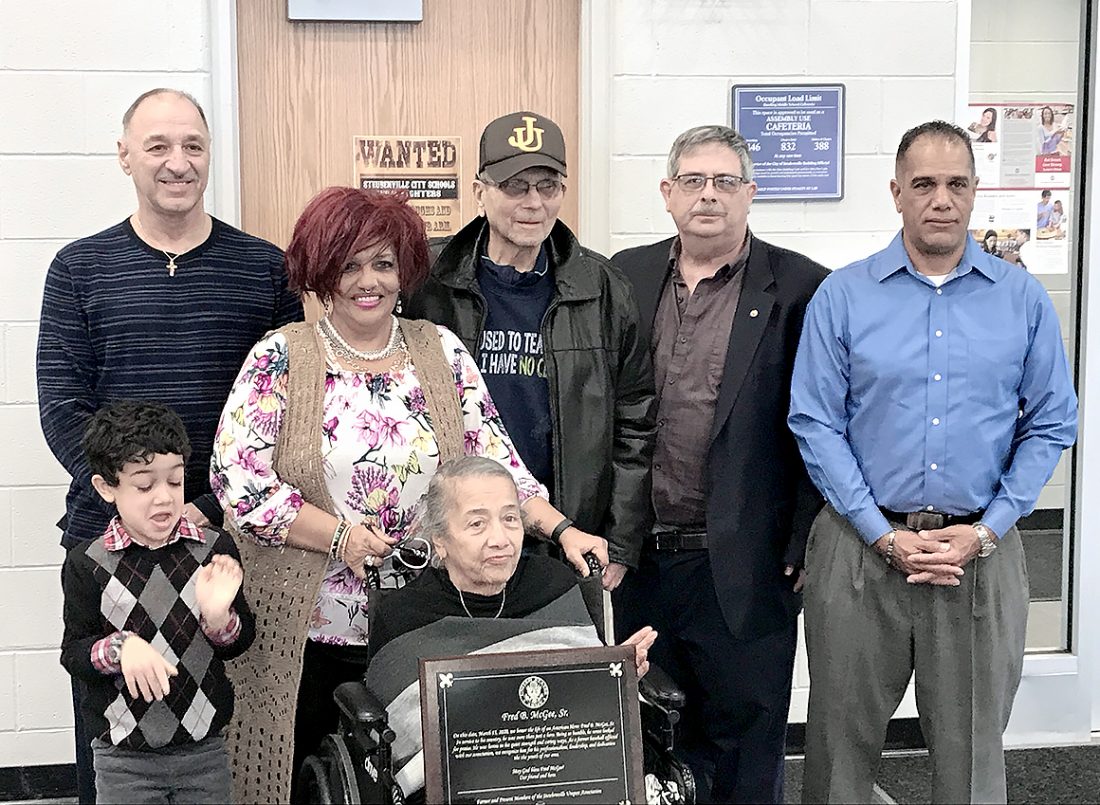 The Steubenville Umpires Association remembered the life of the late Fred McGee, one of its longtime members, during a recent meeting. The organization presented members of McGee’s family with a plaque that recognized his work as an umpire and service to his country. McGee, who died Jan. 3 at the age of 89, was the recipient of the Silver Star and two Purple Hearts for his acts of heroism when his unit fell under heavy fire at Hill 528 Tang-Wan-Ni in June 1952 during the Korean War. McGee was wounded twice during battle, once in the face and in the leg, and when ordered to withdraw, he held his position, demonstrating his high standard of duty to the mission and his comrades. Among those on hand for the ceremony were, from left, front, Riley McGee; Robin Bland; Cornell McGee; and James McGee; and back, Steve Seminara, a longtime member of the umpires association; and Gerald “Yonk” DiLoreto and Ross Gallabrese, retired umpires who were longtime members of the association. Area veterans groups and members of the region’s congressional delegation have been lobbying to have McGee’s commendations upgraded to include the Medal of Honor. Also on hand for the presentation were Frank Santa and Barry Bardone of the Jefferson County Veterans Association.