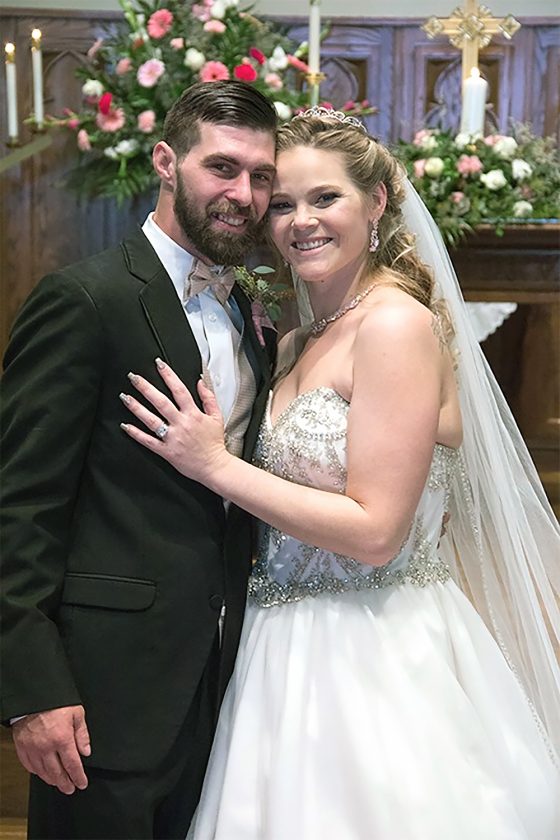 The bride is the daughter of Sherri Vein and Samuel Vein of Steubenville.

The groom is the son of Barbara McFarland of Bellaire and the late John McFarland.

Stephanie Carmine served as matron of honor and Amber Dewitt as maid of honor.

Jonathan McFarland and Michael Emery were both best man.

The couple reside in Steubenville.