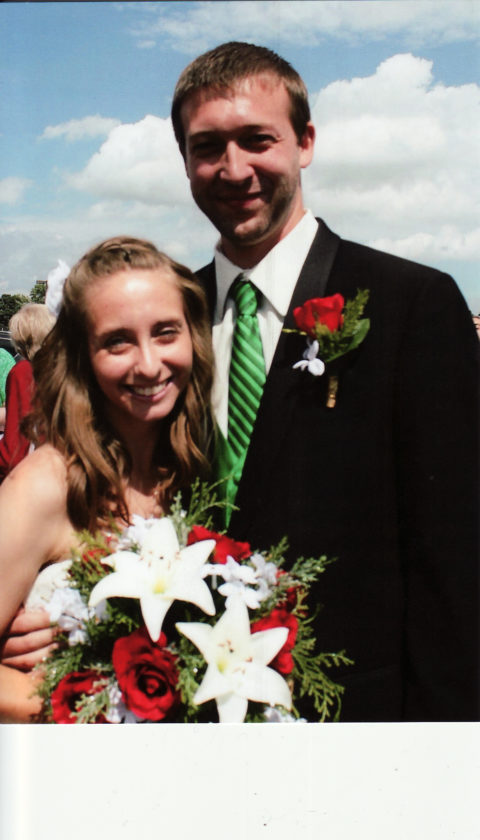 The bride is the daughter of David and Linda Gubanez of Bloomingdale and was escorted by her father.

The groom is the son of John and Janice Todd of Zanesville.

Abigail Secriskey, cousin of the bride, was the flower girl, and Cason Mozena, nephew of the groom, was the ring bearer.

Following a reception at Santangelo’s Party Center, the couple took a wedding trip to Miami, Fla., and the Bahamas.

The bride is a 2007 graduate of Edison High School and 2011 graduate of the University of Akron. She is a preschool teacher at Tots Learning Center in Ravenna. The groom is a 2008 graduate of Tri-Valley High School. He is a rubber mold press operator at IER Fujikura in Macedonia.

The couple reside in Atwater, Ohio.