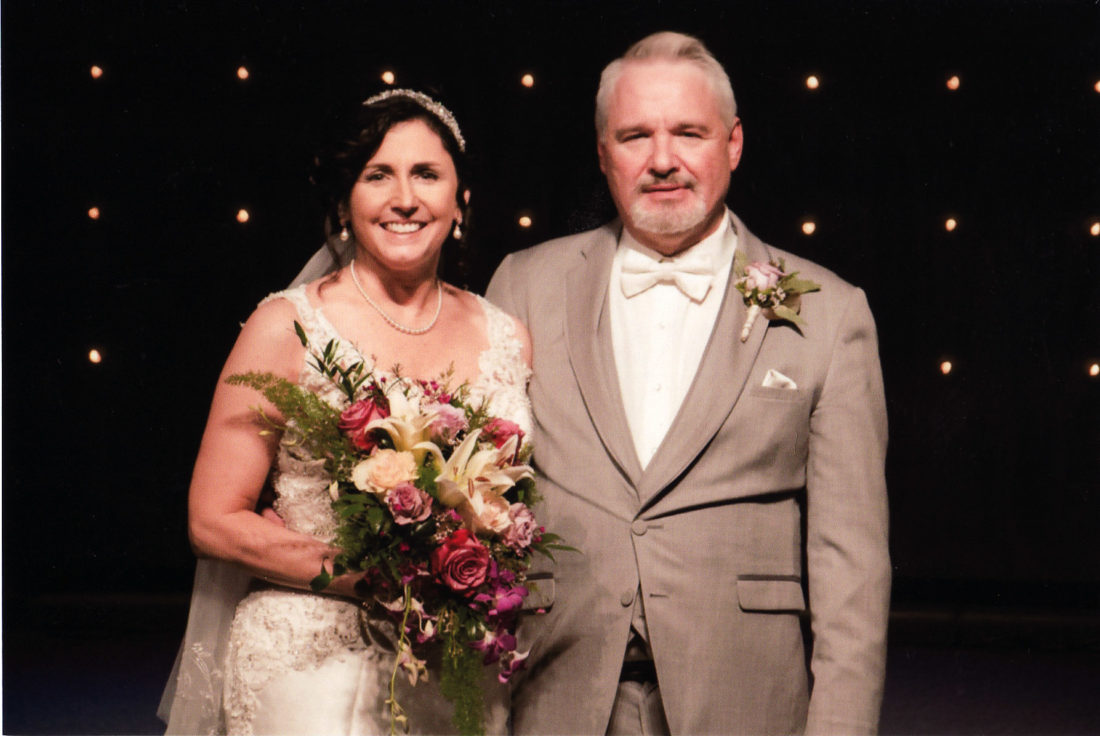 The reception followed at St. Florian Hall in Wintersville.

The bride is the daughter of James D. and Dr. Norma J. Ryan of Wintersville. The groom is the son of Ronald and Nancy Caldwell of Stillwater, Pa.

Escorted to the altar by her father, the bride wore an ivory satin beaded gown with a chapel-length train. She carried a bouquet of Monte Carlo lilies; ivory, purple and pink roses; and greenery.

Lynette Carte of Weirton, cousin of the bride, served as matron of honor, while Shiloah Connell, daughter of the bride, was the flower girl.

Scott Hines of McKees Rocks, Pa., served as best man, and Connor Carte, cousin of the bride, served as the ring bearer.

The bride graduated from Columbia College of South Carolina with a bachelor’s degree of art in English with a writing minor.

The groom graduated from Bloomsburg University of Pennsylvania with a bachelor’s degree of science in education. He completed his master’s degree in counseling in 2017 at Geneva College with an emphasis in clinical mental health. He is employed y Christian Counseling Associates of Western Pennsvlvania as a Christian counselor.

The couple reside in Wintersville.