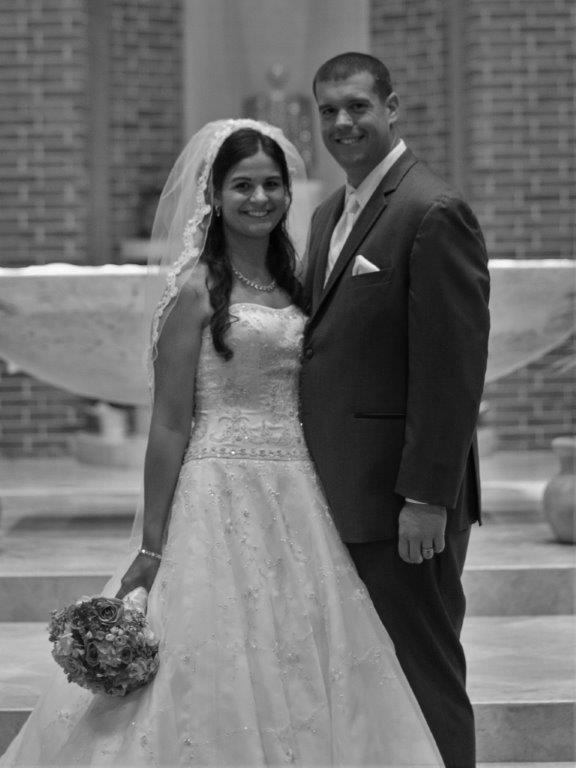 The bride is the daughter of Lt. Col. Bryan R. Jolley and Joanne Jolley of Fort Walton Beach.

The groom is the son of Greg and Sherri Antinone of Steubenville.

The bride wore an ivory satin and organza strapless ball gown with an embroidered bodice and chapel train. She borrowed her mother’s Juliet cap veil.

Flower girls were McKenzie Antinone, niece of the groom, and Brianna and Mackenzie Jolley, nieces of the bride. Ring bearer was Christian Jolley, nephew of the bride.

The reception was held at the Bayview Officers’ Club on Eglin Air Force Base. The couple honeymooned on a tour through 13 European countries.

The couple reside in Niceville, Fla.