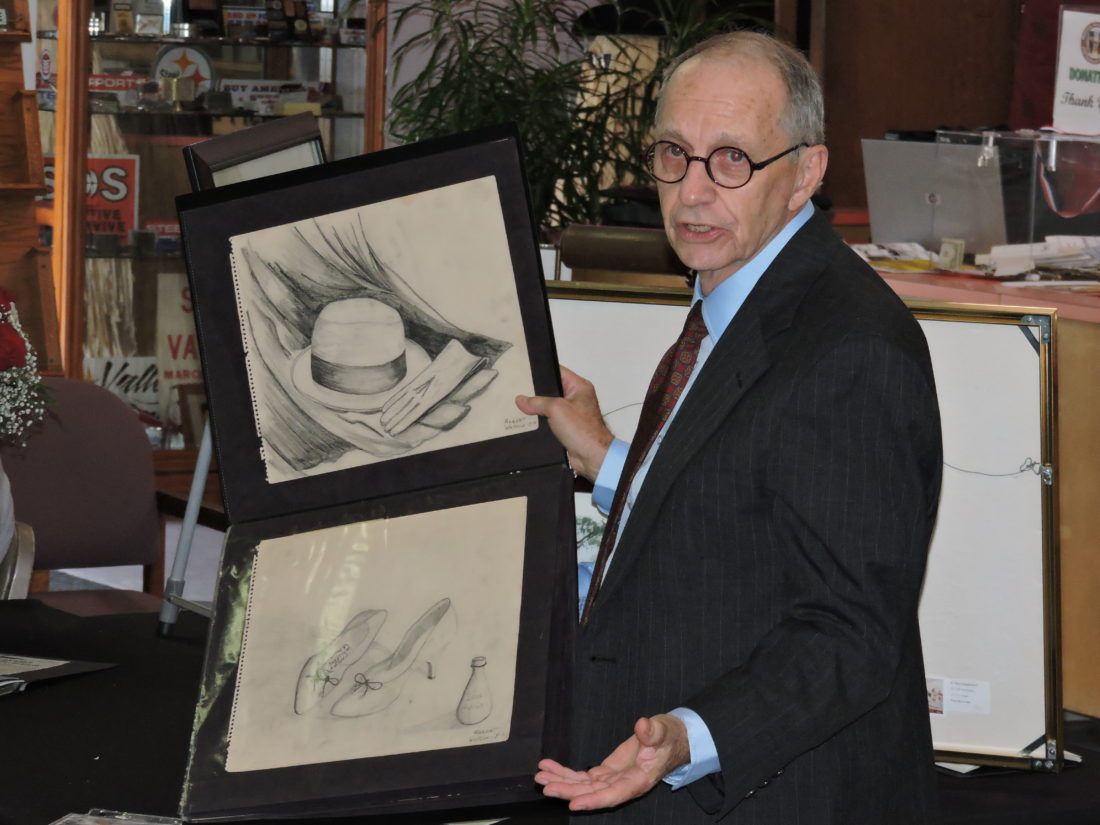 ARTIST OF THE YEAR — Robert L. Watson Jr., the featured artist of this year’s Robert Haworth Memorial Art Exhibition, shows some of the sketches he drew while a student of Haworth’s at Weir High School. The ninth-annual exhibition was held Saturday at the Weirton Area Museum and Cultural Center. -- Craig Howell

WEIRTON — For nine years, the Weirton Area Museum and Cultural Center has honored the influence of one area artist and educator, showcasing his work and the work of many of his students.

Haworth taught at Weir High from 1932 to 1969, according to event coordinator Pam Makricosta, who explained the idea for the exhibition came from Dr. Ray S. Greco.

“He would do house visits,” she said, noting several of his patients had been students of Haworth and would talk about their memories of the educator and refer him to others in the community. “He came to us with 17 names of great artists. They were all students of Robert Haworth.”

Watson, who is a retired architect, noted he began to explore his artistic talents early in life.

“I started drawing when I was just a little kid,” Watson said, noting he often would sketch boats and barges on the Ohio River.

Watson described Haworth as an encouraging teacher, but also someone who was tough on his students in the hopes of bringing out their best.

“I don’t think I got anything higher than an A minus,” he said.

Following his school, Watson joined the U.S. Navy, explaining he didn’t have much time to work on his drawings, but later would begin experimenting with oil painting while continuing his sketches.

He began to expand his work, he noted, after his mother-in-law entered two of his sketches into competition at the Hookstown Fair. Both would win blue ribbons.

It was then, he started using acrylics and watercolors, eventually getting a piece accepted into competition by the Georgia Watercolor Association. It took him 19 years to receive signature membership in the group.

Watson and his wife, Jane, moved back to the area five years ago, and he since has become active in the Steubenville Art Association and the Hancock County Arts Council.

He said he also recently has begun working with pastels.

In addition to Watson, several other pieces by Haworth’s students were on display, along with art produced by current local high school students and other residents.

“It’s amazing the work that came out of little old Weirton,” Makricosta said, noting the exhibition also helps to encourage others to express themselves through art.