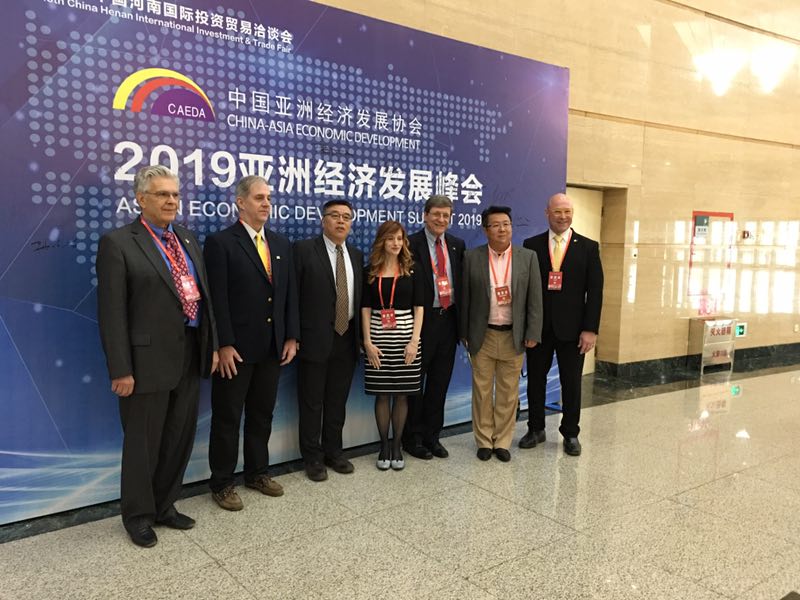 WEIRTON — Pat Ford, executive director of the Business Development Corp. of the Northern Panhandle, continues to take the story of the Ohio Valley around the world.

This time, he spent several days in China as part of a delegation representing West Liberty University, where he also serves as the chairman of the university’s board of governors.

Since his return, Ford said people have been asking him two questions: “Why China?” and “What was it like?”

“I’ve gotten a lot of inquiries,” Ford said. “From Wellsburg to Chester to Beech Bottom.”

Ford notes West Virginia is home to companies headquartered in 27 countries, with three of them from China. Of those international operations, 12 have sites in the Northern Panhandle and Ford said more are looking at ways to invest in the region.

“There has been a growing interest from China in the Northern Panhandle,” he said.

Much as with companies from Italy, Canada, Japan and other parts of the world which have set up shop, Ford said Chinese companies are aware of the region’s available labor force, the transportation infrastructure and the growing opportunities in the areas of energy, chemicals and metals along with the private investment being made.

They also see affordable access to energy sources with a growing pipeline network, and affordable communities with low crime rates.

“Every one of those companies list those five things,” Ford said.

The political climate also has sparked a growing interest from international corporations, as locating operations within the United States would allow the bypassing of tariffs. There currently is a $419 billion trade deficit between the U.S. and China, with the U.S. importing more than it is exporting.

“West Virginia has to be the platform for them to enter into the United States,” he added, noting the state’s proximity to much of the eastern part of the nation.

During the trip, Ford and other members of the delegation were taken to historical and cultural sites, were shown some of the construction and growth in China’s cities and attended various conferences. He also had a chance to see a little bit of modern Chinese life.

“At the ground level, they’re no different from us,” he said, explaining he was able to see families spending time together during a stop at an amusement park.

During the conferences, Ford made contacts with close to 20 business representatives from not only China, but also other parts of Asia, Australia, England and the United Arab Emirates.

“As all my international trips have done, it will help me in my business relations and communications,” Ford said.