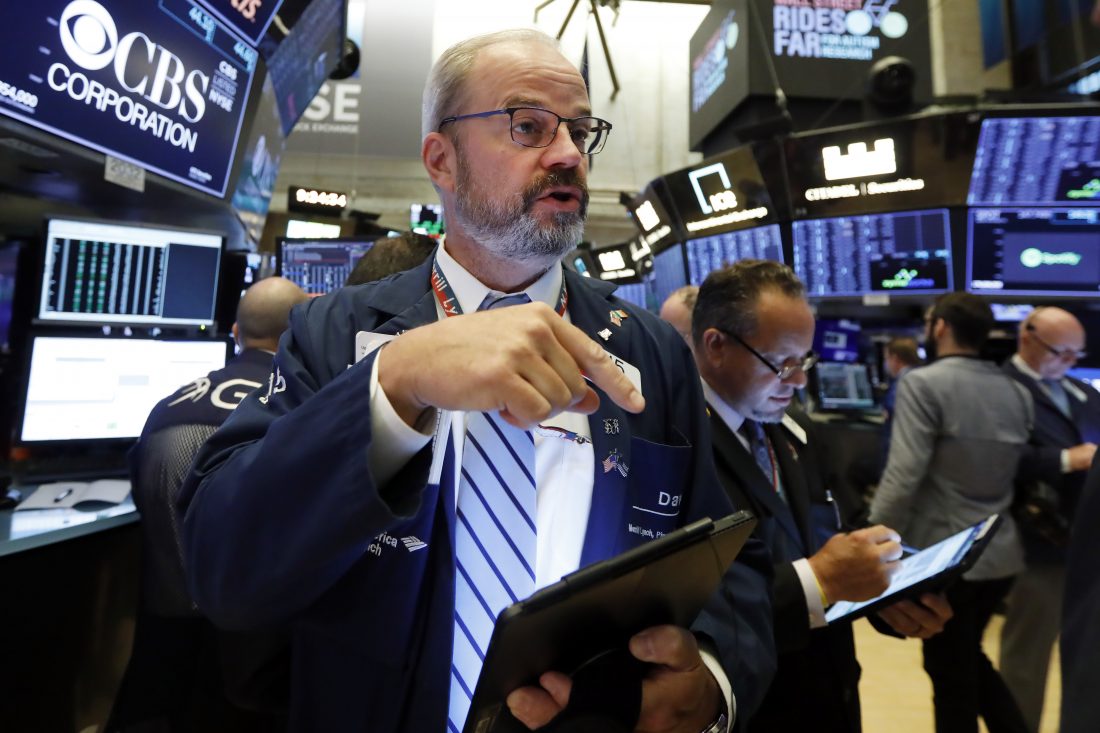 The rise in bond yields is a reversal from much of August, when the escalating trade war between the U.S. and China prompted investors to seek the safety of U.S. government bonds, sending yields sharply lower. The yield on the 10-year Treasury note climbed to 1.60 percent from 1.54 percent late Friday.

Energy stocks led all other sectors in the S&P 500 with a gain of 2.3 percent. The stocks climbed along with a pickup in crude oil prices. Hess was up 5.7 percent.

Stocks are coming off their third weekly loss in a row as investors try to parse conflicting signals on the U.S. economy and determine whether a recession is on the horizon.

Last week, many stock indexes around the world struck their lowest levels this year, before a late rally suggested some calm was returning to the markets in what is a traditionally low-volume time of the year. Analysts say the concerns that drove last week’s sell-off could resurface at any time.

“Markets actually ended last week on a relatively good note so what we may actually be witnessing right now is traders relishing the blissful trade war silence rather than anything more optimistic,” said Craig Erlam, senior market analyst at OANDA.

Several big retailers are due to report their second quarter results this week, including Home Depot on Tuesday, Target on Wednesday and Gap on Thursday. Investors will also seek to glean further insights into the Federal Reserve’s thinking on interest rates Wednesday, when the central bank releases the minutes to its last meeting of policymakers.

Investors are hoping the Fed will continue to cut interest rates to shore up economic growth. The Fed lowered interest rates by a quarter-point at its last meeting. It was the first time it lowered rates in a decade.

In two tweets Monday, President Donald Trump called on the Fed to cut interest rates by at least a full percentage point “over a fairly short period of time,” saying that such an action would make the U.S. economy even better and would also “greatly and quickly” enhance the global economy.