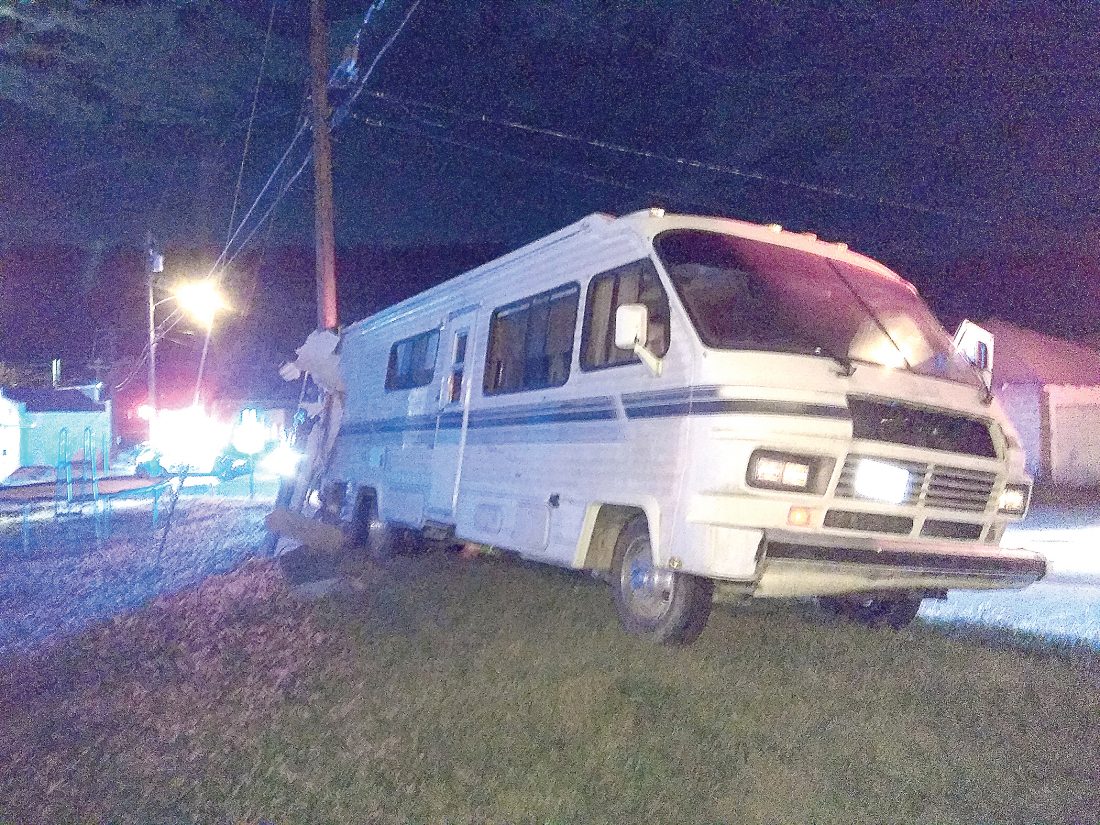 UNDER INVESTIGATION — First responders were called to the Heaslett Avenue area in Weirton Sunday night after a motorhome reportedly rolled backward, striking several telephone poles, parked vehicles and more before coming to a stop in a Washington Street yard. -- Michael D. McElwain

WEIRTON — The driver of an RV motorhome reportedly lost control of the vehicle while climbing up a portion of Heaslett Avenue in Weirton Sunday night.

According to officials on the scene, the vehicle rolled backward from near the top of the hill and struck several telephone poles, parked vehicles and trash receptacles along the roadway before coming to a stop in a side yard of a Washington Street residence.

One male inside the motorhome was questioned by officers at the scene and given a field sobriety test.

A dog was also inside the motorhome during the incident, which occurred at approximately 10:20 p.m. Sunday.

Police and fire crews were called to the scene and the investigation is still under way.