Fabbro earns fellowship to Italy and learns abour her genealogy 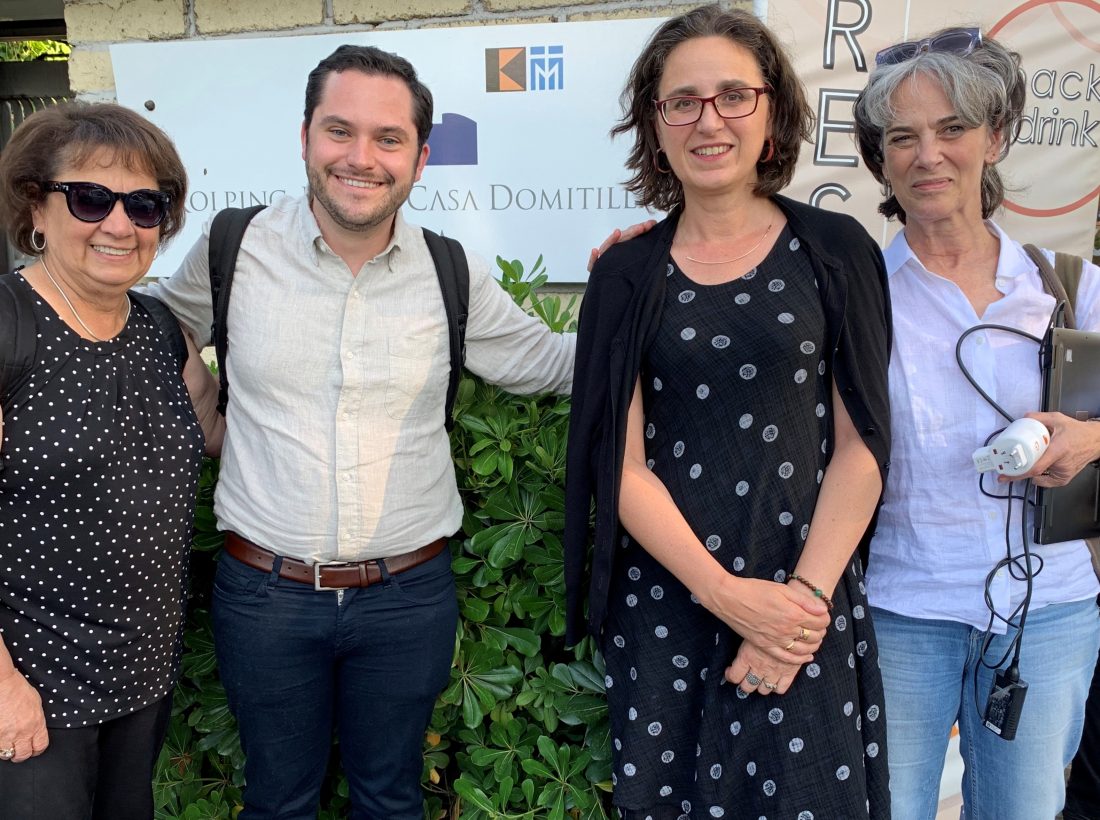 Contributed TRIP TO ITALY — Indian Creek Local School District Librarian Michele Fabbro, far left, turned her curiosity about heritage into a cultural experience after attending a seminar in Rome, Italy, this summer. She was the lone public school official among professors and graduate students from around the globe who learned how the migration of Italians to other countries shaped the identities of their descendants. She is pictured with attendees and native Pittsburghers including, from left, Joseph Tumolo, a doctoral student at UCLA; Laura Ruberto, professor of humanities at Berkeley City College of San Francisco; and Michele Piso, associate director for scholarship and publications at LaGuardia Community College in New York.

MINGO JUNCTION — An interest in genealogy turned into an experience abroad for Indian Creek Local School District librarian Michele Fabbro, who earned a fellowship to study in Italy this summer.

Fabbro participated in the Italian Diaspora Summer Seminar Series in Rome from June 13-July 16, where she and 15 fellows — primarily professors and graduate students from across the U.S., China and Italy — learned about the emigration of Italians to America and other parts of the world between 1860 and 1965 and how sojourn formed the individual identities of their descendants. The program was provided through Roma Tre University in conjunction with the John D. Calandra Italian-American Studies Institute at City Universities of New York and she said the experience occurred through sheer happenstance.

“It was almost on a lark,” she said. “I was interested in my own ancestry and I have a grandparent I could not find.”

Information about the seminar appeared while she was conducting online research and she decided to take advantage of the opportunity. She had visited Italy in the past, but this was a new adventure.

“It was not for teachers; it was for professors of Italian-American studies and doctoral students. I applied and got it,” she said, adding that received the good news in March.

Classes were held on Monday, Wednesday and Thursday and studies included history and the psychology and sociology surrounding Italians who emigrated to America, Australia and Argentina, as well as those who returned to their homeland. The fellows also had a chance to explore Rome and the rest of the country on their own time and received college credit through the program. Additionally, Fabbro spent time visiting the catacombs at St. Sebastian outside the walls and visited with her daughter, who traveled from a business-related excursion in London.

“We examined mapping and statistics, literature and cinema and looked at symbolism and hidden details in movies and books,” she added, saying she had to read 20 books since March and review such movies as “The Godfather” and “A Bronx Tale.” “We also had to explain our identities as Italian-Americans and do a project.”

Fabbro plans to unveil her project when she reconnects with American fellows in New York in January, plus she hopes to speak to Indian Creek classes and local groups such as the Italian-American Culture Club and the Alpha Delta Kappa teachers’ sorority. Fabbro was the only public school educator involved and said the information she learned will be beneficial while instructing her world cultures class at Indian Creek Middle School.

“I’ve met people with different backgrounds and different interests, and some of us became pretty good friends,” she noted. “It was such an amazing experience and I couldn’t be more grateful.”