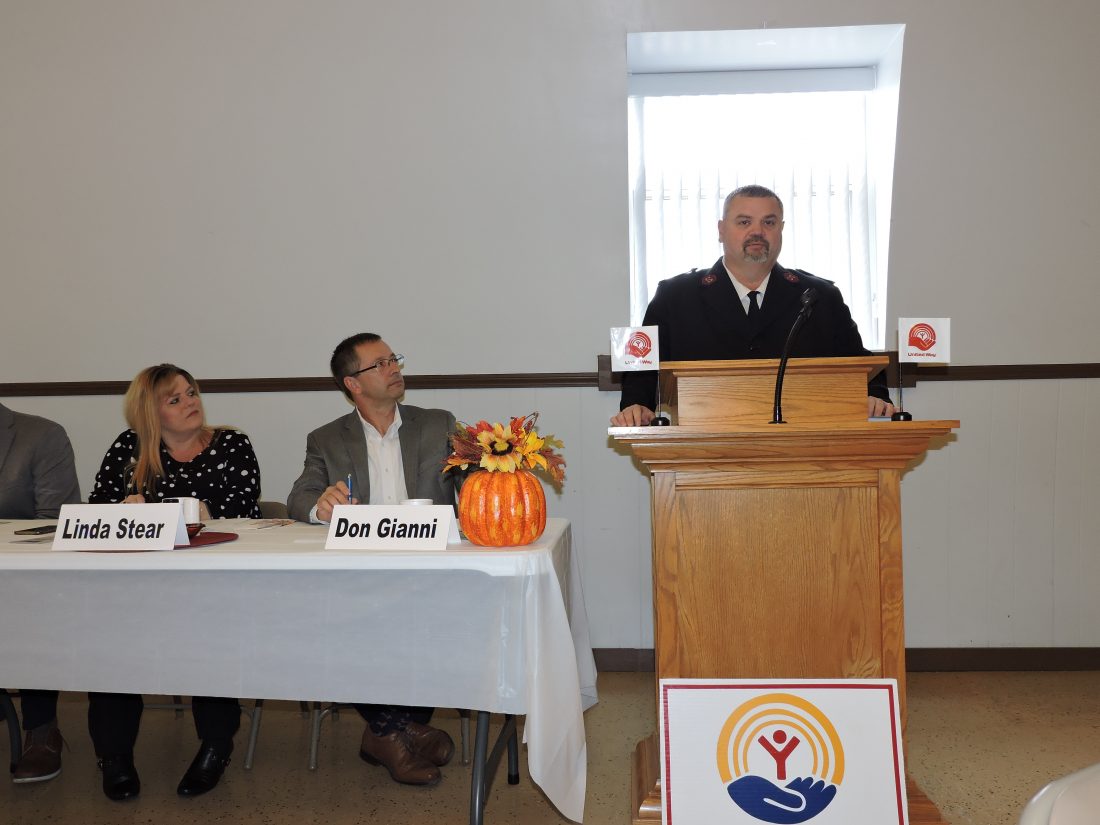 WEIRTON — The Weirton United Way is halfway to its goal for the 2019 campaign.

United Way officials, agency representatives and volunteers gathered at the Salvation Army in Weirton Friday to hear the standings of this year’s fundraising efforts, which currently stand at $122,794.53, or 51 percent of the $240,000 goal.

“We’ve got some momentum going,” United Way board President Don Gianni Jr. said, noting the community’s main charitable organization had reached its goal on time for the 2018 campaign and was seeing new energy from volunteers and agencies alike.

Lt. Gene Hunt, commanding officer of the Weirton Salvation Army, served as the keynote speaker of Friday’s luncheon, noting the Salvation Army has been a part of Weirton’s fabric for 90 years, and there have been at least 27 city natives become officers.

“We offer a variety of services,” he said, explaining Sunday school is offered, along with regular church services, utilities and rent assistance when funding is available, along with operating a food pantry and coat distribution.

Hunt said the Salvation Army works with other agencies, including the Community Bread Basket, to make certain those needing assistance are served, implementing a screening program in order to do the most good and keep individuals from abusing the systems.

“That way we meet the need and not the greed,” Hunt said.

The United Way, he said, has been vital in supporting the Salvation Army in its operations.

Also during the luncheon, Campaign Chair Chris Hatala reviewed the campaign to date, noting there had been some setbacks with the annual Golf Classic, but they were making up ground thanks to the fall golf tournament, fundraiser walks at Weirton’s schools and other activities.

“There’s always someone who is going to step up,” he said.

The United Way will have one more report luncheon as part of the campaign, along with two more special projects. Those include the Turkey Trot, set for 10 a.m. Nov. 16 at Marland Heights Park and the annual “Big Game” Tailgate event.