Pelosi: ‘Don’t mess with me’ 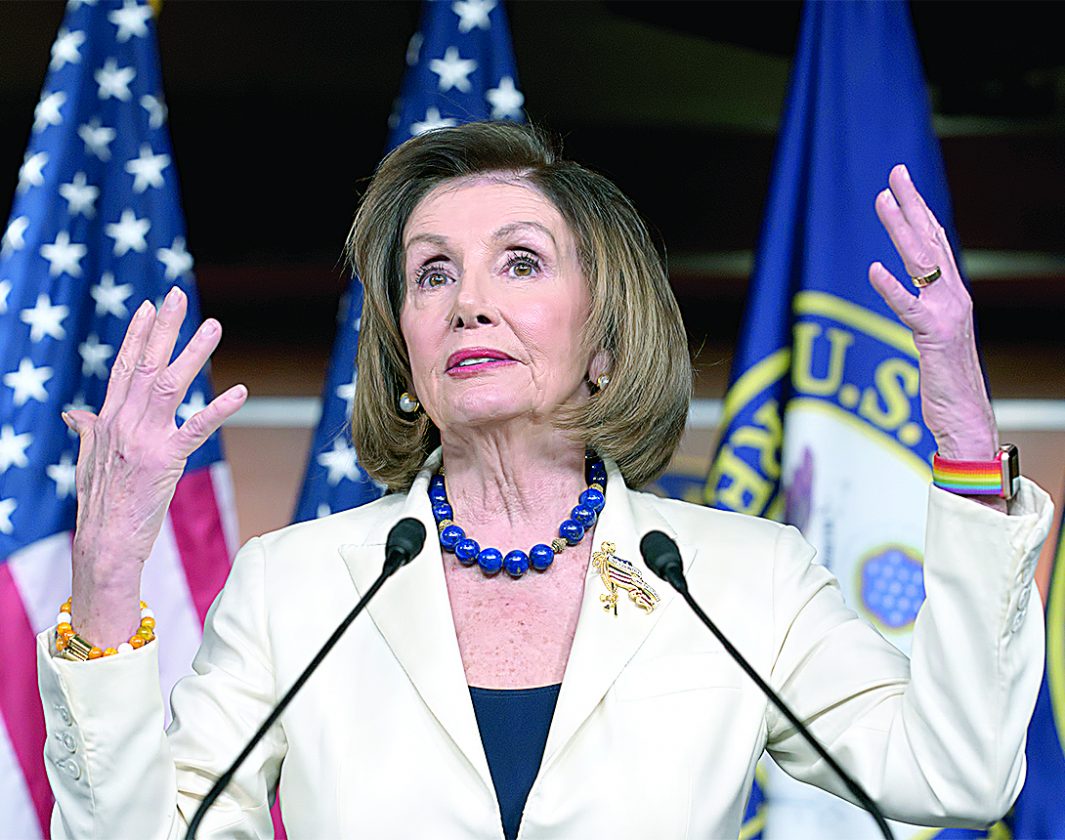 PASSIONATE WORDS — Speaker of the House Nancy Pelosi, D-Calif., meets with reporters Thursday during her weekly news conference at the Capitol in Washington. -- Associated Press

WASHINGTON — Finger pointing and voice hoarse, House Speaker Nancy Pelosi on Thursday delivered a broadside to a reporter that might well apply to all of impeachment-era Washington: “Don’t mess with me.”

It was a warning scarcely needed among the official set, least of all by President Donald Trump as he fights Pelosi and the Democrats in their drive to impeach him. Only a few hours earlier, Pelosi had instructed the Judiciary Committee to write articles of impeachment — formal charges — against Trump for pressuring Ukraine into investigating Democrat Joe Biden and resisting Congress’ probe.

The House speaker insisted she brought impeachment proceedings because Trump’s conduct and the Constitution left the House no choice.

“The president’s actions have seriously violated the Constitution,” Pelosi said from the speaker’s office at the Capitol.

“He is trying to corrupt, once again, the election for his own benefit. The president has engaged in abuse of power, undermining our national security and jeopardizing the integrity of our elections.”

But as the famously poised California Democrat began exiting a news conference two hours later, a reporter asked, “Do you hate the president, Madam Speaker?”

Pelosi stopped near the edge of the podium, jabbed a finger and said tersely: “I don’t hate anybody.”

She went on to call Trump a “coward” on gun policy, “cruel” on immigration and “in denial” on climate change.

“This is about the Constitution of the United States and the facts that lead to the president’s violation of the oath of office. And as a Catholic I resent your using the word hate in a sentence that addresses me.”

Trump tweeted that Pelosi “just had a nervous fit.”

“She says she ‘prays for the President.’ I don’t believe her, not even close,” he added.

Pelosi, a native of Baltimore, often speaks of her faith as a guide to matters ranging from legislation to life in general. Catholic catechism states that “deliberate hatred is contrary to charity” and urges believers to pray for those who hold animosity toward them, a teaching that Pelosi has invoked by saying that she prays for Trump.

It’s not the first time she’s confronted the challenging interplay between politics and her faith. In 2009, during the abortion-rights supporter’s previous stint as House speaker, she met with Pope Francis’ predecessor, Pope Benedict XVI, for a conversation that the Vatican later said touched on “protecting human life at all stages of its development.”

On Thursday, she returned to the podium after the reporter’s question about “hate,” and finished by pointing a thumb toward herself.

“Don’t mess with me when it comes to words like that.”

House Republican Leader Kevin McCarthy tweeted, “Pelosi and the Democrats are clearly are blinded by their hate for the President.”

Pelosi has generally dominated confrontations with Trump all year in her second turn as House speaker, second in line to the presidency.

In January, she forced Trump to re-open the government without the border wall he was demanding. She allowed him into the House chamber to deliver the traditional State of the Union speech, but stole that show by clapping sideways and smirking at Trump from her seat above and behind him.

Trump knows her finger-pointing well, most recently during a White House meeting in which she stood, pointed at him and said, “all roads lead to Putin,” Russia’s president — and walked out.