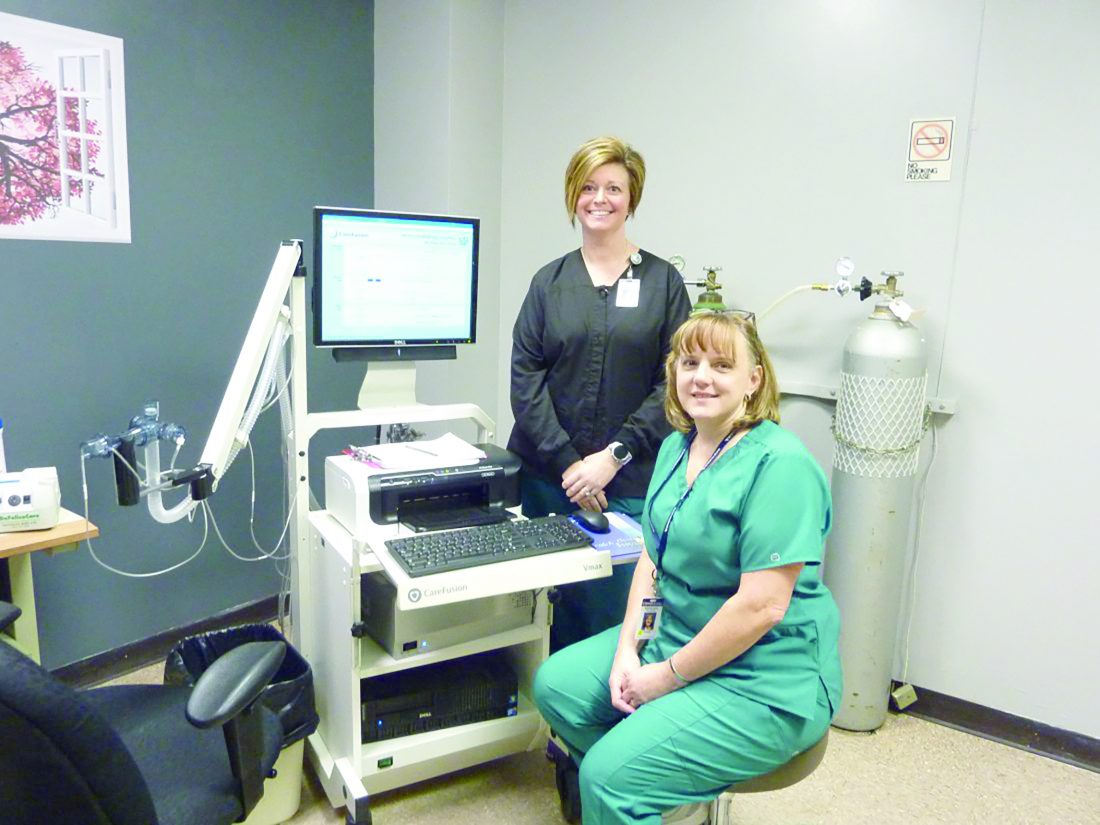 The new program replaces a black lung clinic that operated at East Ohio Regional Hospital prior to the Martins Ferry hospital’s closure in September.

“Reynolds was the first to respond to the need when EORH closed,” said Kathleen Richmond, black lung program coordinator at Reynolds. “WVU Medicine said, ‘Sure, We’ll fill that need.’ They didn’t hesitate.”

Reynolds will offer a one-stop clinic for evaluation of Coal Worker’s Pneumoconiosis, commonly known as black lung, and other occupational lung diseases. The new clinic is located on the main floor of the hospital in Glen Dale.

Richmond said the clinic is now taking calls for appointments in February. Leigh Ann Flowers is serving as the patient care coordinator.

Noting that the former clinic at EORH tested five or six workers a week, Richmond said, “I think (the new clinic) will be as busy.”

Extensive testing will be offered for occupational lung diseases. One test will evaluate a patient’s pulmonary lung function, while a chest X-ray will be performed “to see if they have dust-related lung disease,” Richmond said.

Clinic personnel have received specialty training through the National Institute for Occupational Safety and Health to administer these tests, read the X-rays and classify the results.

“This takes it a step further,” she said.

Patients also undergo an electrocardiogram and give a blood sample. Cultural blood gas is examined “to assess the oxygen content in their blood,” she explained.

As part of the process, Richmond said, “We do an extensive evaluation of their past medical history and work history”

For example, clinic personnel learn how long patients worked and whether they had to exposure in coal mines or exposure to other fumes (such as diesel or welding fumes) or dust (such as sand dust).

People who work with sand used in gas and oil drilling operations could be susceptible to occupational lung diseases.

Clinic visitors may meet with a physician to do an examination and review all testing. If patients have positive test results, they could be referred to specialists, such as cardiologists or pulmonologists, if needed, Richmond said.

Many of the specialists affiliated with WVU Medicine can see patients at Reynolds, she added. Pulmonary rehabilitation, if needed, also is available on site.

People who have positive test results from work-related exposure are counseled that “they might need to file a federal claim or a state claim” and “it might be in their best interests to get legal representation,” she said.

“Black lung is a progressive disease,” Richmond said. “Massive pulmonary fibrosis in its most severe case can require a lung transplant.”

Anyone who labors in a dust-related work environment needs to be tested early for black lung, she said.

Although the disease is irreversible, she said, “We can slow down the progression if it’s at the first stage. Other things can be done at their job site to limit their exposures.”

Coal miners who show evidence of development of black lung can exercise their Part 90 rights to be transferred into a less-dusty job within the mine, she added.

Pneumoconiosis is a dust-related disease, while silicosis is connected to exposure to rock dust. A worker could have a combination of the two diseases if they work in a mine with thinner coal seams, she said. Working with sand blasters or sandbox trucks also could lead to silicosis.

“Workers have to be tested every three years as part of the regulations,” Richmond added.

In the past 15-20 years, incidence of black lung is showing an uptick again, primarily in the Appalachian region. Some reserchers suggest the disease’s resurgence probably is caused by coal dust and rock dust from the seams where they are working, she said.

Out of all testing, one in 10 miners with exposure of 25 years or longer might show evidence of pneumoconiosis, Richmond said. However, in central Appalachia, the disease could affect one in five miners.

“Now we’re seeing miners in their 30s and 40s having first exposure,” she said.

Retirees or others who have left the coal industry should consider getting tested promptly because Ohio has a two-year limit for claims from the date of exposure and West Virginia has a three-year limit, Richmond said.