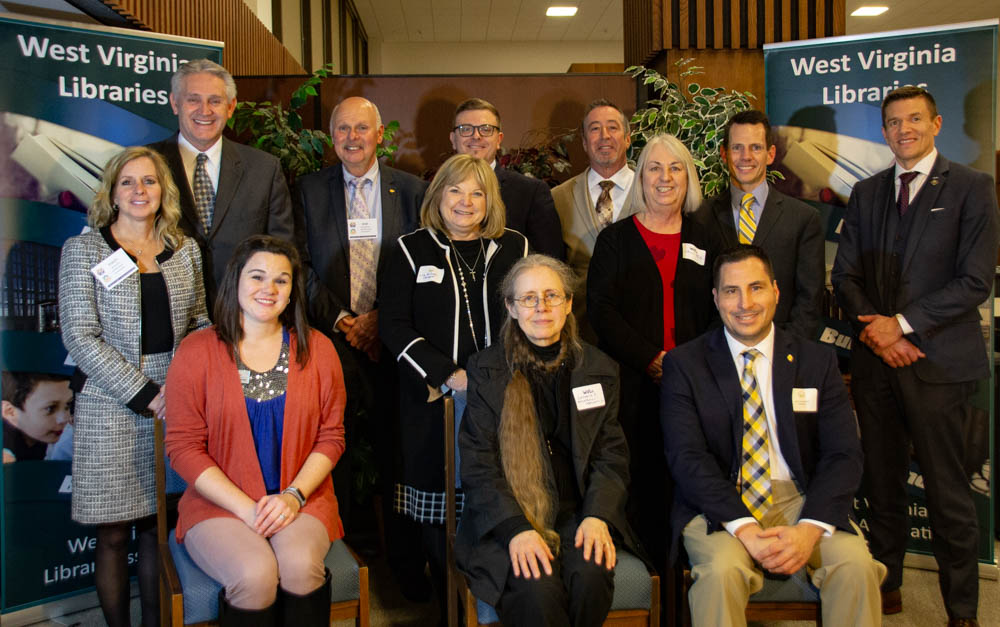 CHARLESTON — In recent weeks the Brooke County Commissioners and other county officials have gone to Charleston to share their concerns about various issues, including the proposed elimination of the state’s inventory tax, limited access to funding for water and sewer projects and the lack of high-speed Internet access in the local region.

On Monday Commission President Tim Ennis traveled there to speak once again to state legislators about the proposed elimination of the state tax on industrial business’ machinery, equipment and inventory.

Supporters say the tax discourages business development, noting only one other state, Georgia, has one.

But many county and city officials, including the Brooke County commissioners, have expressed concern about how that revenue would be made up.

County Assessor Tom Oughton said 47 percent of the county’s revenue, or about $3.8 million, is derived from the tax. The amount includes money received both by the county’s school district and the commission.

Earlier this month, while attending a meeting of the West Virginia Association of Counties, the three commissioners and volunteer members of the Brooke County Public Service District board met with legislators to discuss making more funding available for water and sewer projects.

The commissioners noted $19.5 million in loans and $5 million in grants are available for sewer projects in the state’s 1st Congressional District.

But County Commissioner A.J. Thomas said many proposed project areas have a mix of high- and low-income households, averaging out to a level that makes them ineligible for the funds.

“It (the money) is just sitting there because places like ours can’t qualify,” said Thomas, who added the county’s high concentration of senior citizens is one factor.

County Commissioner Stacey Wise said the commission will approach the state’s infrastructure council about changing the criteria for eligibility.

Wise noted the Brooke County PSD has applied for state funds for the final phase of the Eldersville Road sewer project. She said the board expects to be turned down even though 70 percent of about 197 residents in the proposed service area have septic systems that have failed, creating concerns about contamination of groundwater.

Also visiting Charleston recently was Alexandra Schneider, director of the Brooke County Public Library, who joined librarians from throughout the state during West Virginia Libraries Week in lobbying legislators for more funds for library materials and building improvements and Internet access for everyone.

Schneider said the library board recently drew about $28,450 from its savings to replace two heating ventilation and air conditioning units at the building. She added the commission also provided $5,000 toward their cost.

Schneider said while the Brooke County Library was built in 1972, most of the state’s library buildings are 70 to 80 years old, but “There’s nothing out there to help you do emergency repairs.”

She said she doesn’t expect additional funds to be made available for that purpose but is hopeful the state Legislature will maintain the same level of funding for libraries across the state.

Schneider and other librarians also lobbied for more funding for Internet-related costs, noting libraries are now supplying patrons with Internet access and e-books, which may be as much as three times the cost of paper books.

She said 80 to 100 patrons access e-books through the Brooke County Library. She said it’s a moderate number compared to other counties but still more than triple what it was a few years ago, and it’s expected to grow each year.

Schneider said library leaders have joined other officials in lobbying for Internet access to residents’ homes.

She said many people come to the library to submit online job applications, complete online courses required for the health department’s food handler’s permit or perform other job- or school-related tasks.

Schneider is aware of many who eye online studies to further their professional development or pursue job opportunities and has heard some say they will have to leave this area because the Internet is not available to them.

“That is sad,” said Schneider, who added while some see the Internet as a luxury, it’s become a necessity.

Thomas said BHJ is seeking businesses, schools and others that would pay for the service if it were offered by a smaller Internet provider.

He said the planning commission seeks to partner with such providers by securing public grants that would make it financially feasible for them to serve areas of lesser population.

Thomas said while funding has been awarded to so-called “last mile” service areas with very low population, “middle-mile” areas, with larger populations, are as yet unserved in Brooke County.