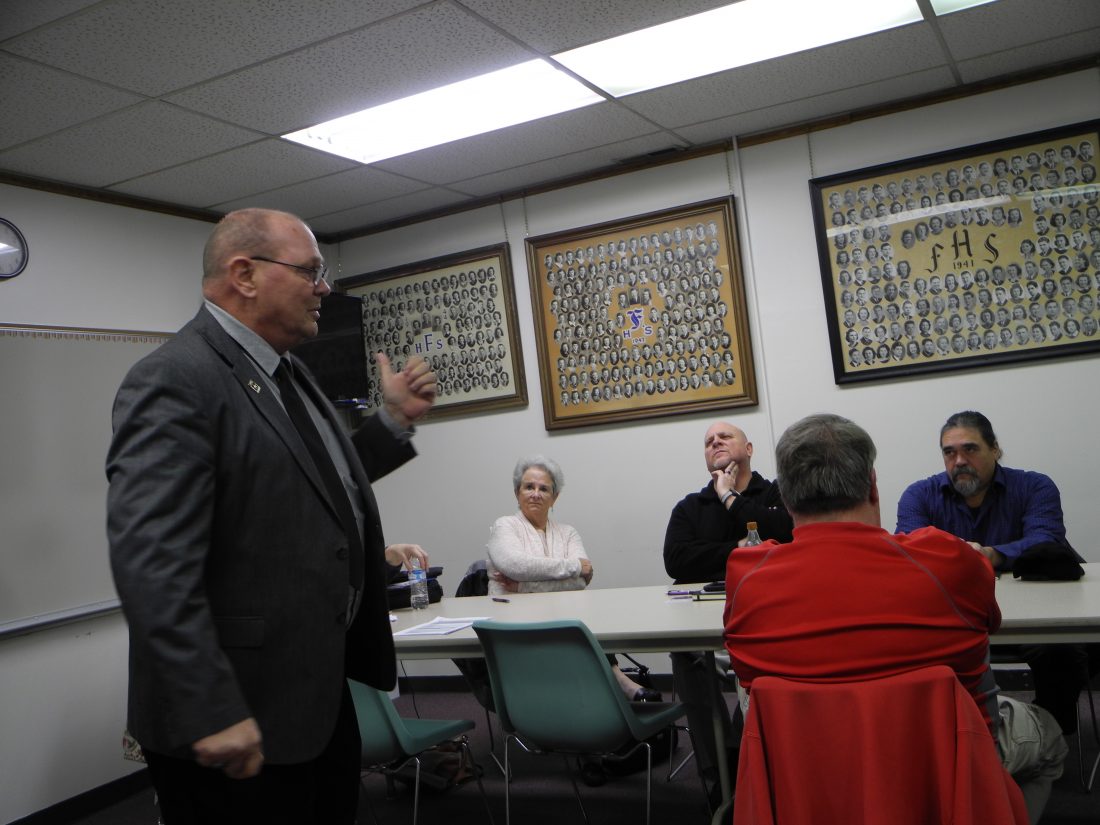 FOLLANSBEE — A Republican candidate for governor said, if elected, he will push for administrative cuts to the West Virginia Department of Transportation to support more road crews and a revamp of the state’s tax code.

Charles Sheedy Sr. of Cameron has some knowledge of the WVDOT, having worked his way up from equipment operator to administrator of the Marshall County maintenance garage of the department’s Division of Highways over a nearly 30 year career.

He joined several candidates for local offices in addressing the Brooke County Republican Party on Tuesday at the Follansbee Library’s meeting room.

Sheedy said he doesn’t believe the state needs a secretary of transportation and a commissioner of highways, two positions with salaries of more than $100,000 each.

Tom Smith had served both roles until last year, when Gov. Jim Justice appointed two men to fill them.

Sheedy said cutting that and possibly other administrative positions would allow more laborers to be hired to address many state roads in poor condition.

He said WVDOT’s management practices need to be improved. He said statewide contracts between the department and vendors have been touted as money-saving but they prevent local maintenance garages from acquiring parts and materials in a timely fashion from local businesses.

Sheedy said more communication also is needed to ensure road projects aren’t counterproductive, such as restriping roadways that will be repaved in the near future.