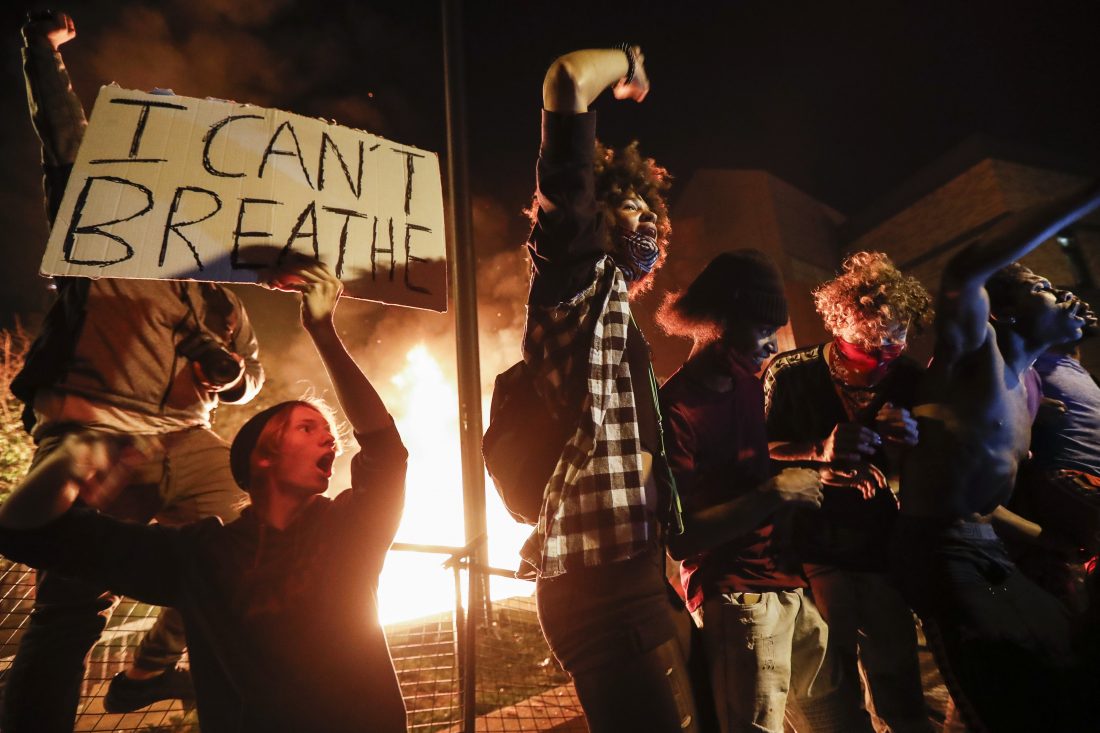 Protestors demonstrate outside of a burning Minneapolis 3rd Police Precinct, Thursday, May 28, 2020, in Minneapolis. Protests over the death of George Floyd, a black man who died in police custody Monday, broke out in Minneapolis for a third straight night. (AP Photo/John Minchillo)

MINNEAPOLIS (AP) — The Minneapolis officer who was seen on video kneeling on the neck of George Floyd, a handcuffed black man who died in custody after pleading that he could not breathe, was arrested Friday.

The arrest comes after three days of protests, which escalated in violence as demonstrators torched a police precinct that had been abandoned by officers.