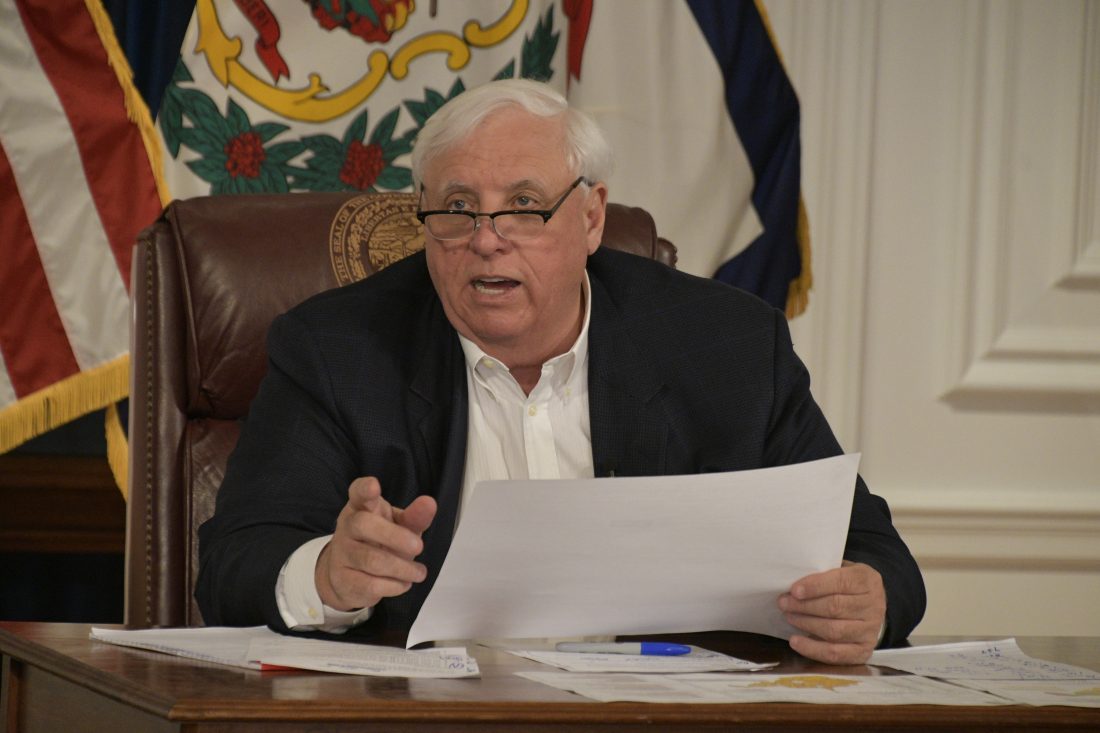 CHARLESTON — With national unemployment figures coming in better than anticipated, tax revenue starting to come back and surplus Medicaid dollars, Gov. Jim Justice said Friday he is confident the state can end the fiscal year with a balanced budget.

According to the federal Bureau of Labor Statistics, the national unemployment rate for May decreased from a high of 14.7 percent in April to 13.3 percent in May. The number of unemployed persons fells by 2.1 million to 21 million. Non-farm payroll employment increased by 2.5 million.

“These improvements in the labor market reflected a limited resumption of economic activity that had been curtailed in March and April due to the coronavirus (COVID-19) pandemic and efforts to contain it,” according to a BLS release Friday.

Speaking Friday during his daily coronavirus briefing from the State Capitol Building, Justice said the national unemployment numbers were a positive sign that the economy was coming back to life after being in lockdown for more than two months to limit the spread of the coronavirus.

“It’s still dramatically higher than where it was…but what it’s basically saying to us is we’re coming back faster than what we expected to do,” Justice said. “I know we still have people out there hurting, but we need some good news.”

Still, there are signs that West Virginians are returning to work. According to data from the BLS and compiled by the Tax Foundation, West Virginia’s unemployment claims peaked the week of April 25 at 176,384. As of the week of May 30 — the most recent week data was available — total claims dropped to 97,357 — a 45-percent decrease from the April 25 peak. The number of new claims as of May 30 dropped by 7.52 percent from the week before.

According to the BLS, much of the growth in employment came from leisure and hospitality, construction, education and health services and retail trade. The number of government jobs has also started to come down.

As of Friday, the vast majority of West Virginia’s businesses have been allowed to re-open with new guidelines to prevent the spread of the coronavirus. Justice and state officials started implementation of re-opening plans starting April 30.

The number of people returning to work or purchasing goods and services was reflected in better than expected tax revenue numbers for the month of May. According to the State Auditor’s Office, tax collections for the state General Revenue Fund came in at $296.8 million in May, which was $37.7 million less than projections — an 11.2-percent drop. In comparison, April’s tax revenues — when all but essential businesses were shut down — came in at $388.5 million, which was $192.3 million below estimate — a 33.1-percent drop.

So far, year-to-date tax revenues of $3.989 billion are only 5.59 percent below estimates. The state will need to bring in $236.3 million by June 30 — the end of the 2020 fiscal year — in order to end the fiscal year with a balanced budget as required by the West Virginia Constitution.

Justice, speaking Friday, said he thinks tax revenue for June will continue to come in better than expected, though likely still below the $334.4 million currently projected for the month. The Governor has consistently held out hope that the U.S. Treasury will ease guidelines for the $1.25 billion C.A.R.E.S. Act funding to allow West Virginia to use a portion of that money for budget backfill.

If that guidance doesn’t come, Justice is confident the state has enough money on hand to end the year with a balanced budget and to bridge it until July 15, when the state income tax filing deadline was moved to due to the coronavirus. Money that could be used includes surplus Medicaid money.

“There’s lots and lots of different ways to get through this,” Justice said. “Absolutely we’re considering using those dollars.”

Back in January, the state expected to have $309 million in extra Medicaid dollars due to reduced population numbers and the federal government’s $3 to $1 match. Justice said that federal match has increased, meaning the state has even more surplus Medicaid dollars to use to bridge the state past June 30.

“We can use those dollars and not hurt ourselves hardly at all in anyway,” Justice said. “At the end of the day, the way this thing is trending right now, without any question cash-wise we’re going to be fine through the end of June.”

Justice said some easing of the U.S. Treasury guidelines have allowed the state to be reimbursed for coronavirus-related expenses, thus freeing up additional dollars to balance the budget. Justice also said that new interpretations of the guidelines will allow the state to push more money to city and county governments for their coronavirus expenses. So far, the state has received 31 applications for local governments for reimbursement.