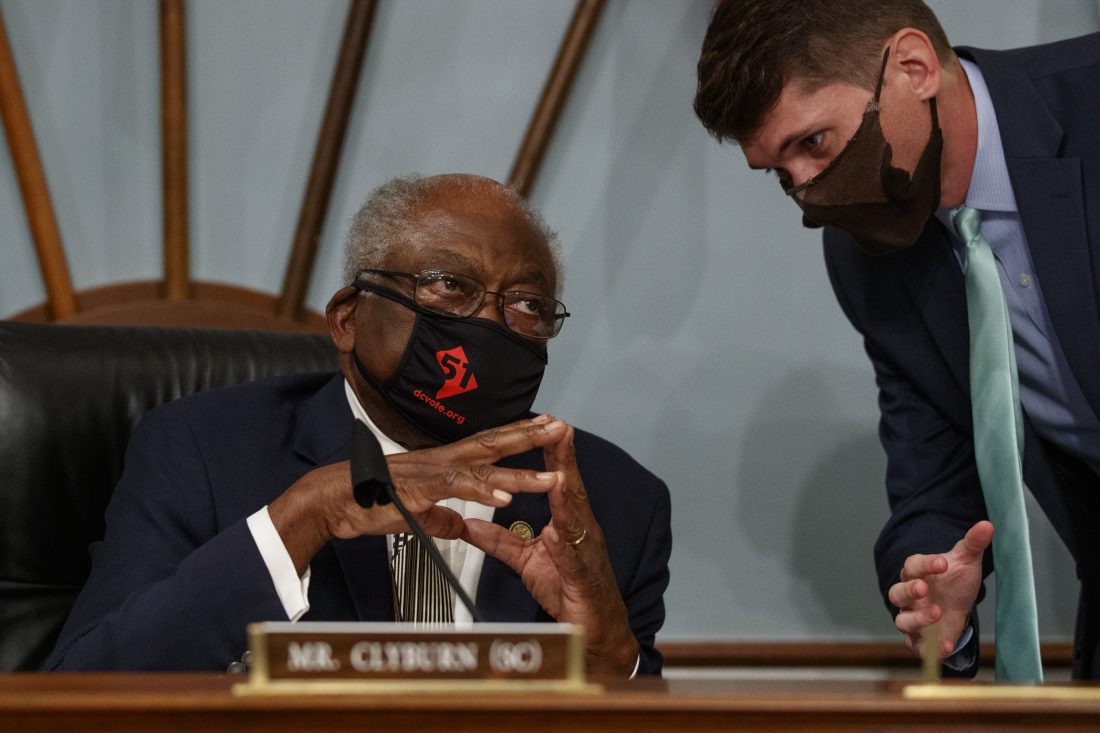 WASHINGTON (AP) – A congressional committee criticized President Donald Trump’s administration on Thursday for a series of problems in distributing personal protective and testing equipment during the coronavirus pandemic and called on the administration to come up with a better plan.

“We need urgent action from the federal government now, before this virus spins further out of control,” said Rep. James Clyburn, a South Carolina Democrat and chair of a House committee overseeing the nation’s pandemic response.

He said that associations of doctors and nurses and others have noted a continuing shortage of N95 masks and other protective gear. Democratic committee members also said the federal government has been at times too hands-off in leaving procurement up to state and local governments and individual health care providers, and at other times they have steered purchases to a specific contractor.

In a sometimes testy hearing before the committee, administration officials defended their work. Rear Adm. John Polowczyk, for instance, outlined how the federal government worked with the industry from late March through April to fly in shipments of gear from overseas to hand out to hospitals and others. Without taking that approach, he said, equipment would have taken far longer to get in place.

Polowczyk said that most states have at least a month’s worth of protective gear on hand now, and some are working on building up to a 120-day supply. He also said the federal government, whose stockpile was depleted in April, is on course to build a 90-day supply.

Some Democrats questioned an earlier report he made projecting that federal supplies would fall short of demand. But he said that didn’t take into account equipment bought by states — and that the demand included gear for some industries, such as janitors, who may not need medical-grade equipment.

Democrats on the committee questioned the federal response in the earliest days of the coronavirus outbreak.

“The administration completely and utterly failed to provide the private sector with critical guidance” on how to prioritize distribution of gear from January through March, said Rep. Carolyn Maloney, a New York Democrat.

Republicans on the committee tried to change the subject, saying the Democrats who control it were not looking at the right places as it digs into the coronavirus pandemic. Rep. Jim Jordan, an Ohio Republican, for instance, called on the committee to investigate whether China withheld information about the virus as the outbreak started.

Jordan also called for a probe of how some states sent patients with the virus to nursing homes and denounced the way Democratic governors and mayors kept churches closed in some places in the name of public health while not stopping protests over racial injustice.

He specifically cited New York Mayor Bill de Blasio breaking up the funeral of a rabbi in Brooklyn in April.

“You go to someone’s funeral, you can get arrested,” Jordan said. “You can protest in the streets, not maintaining social distancing.”