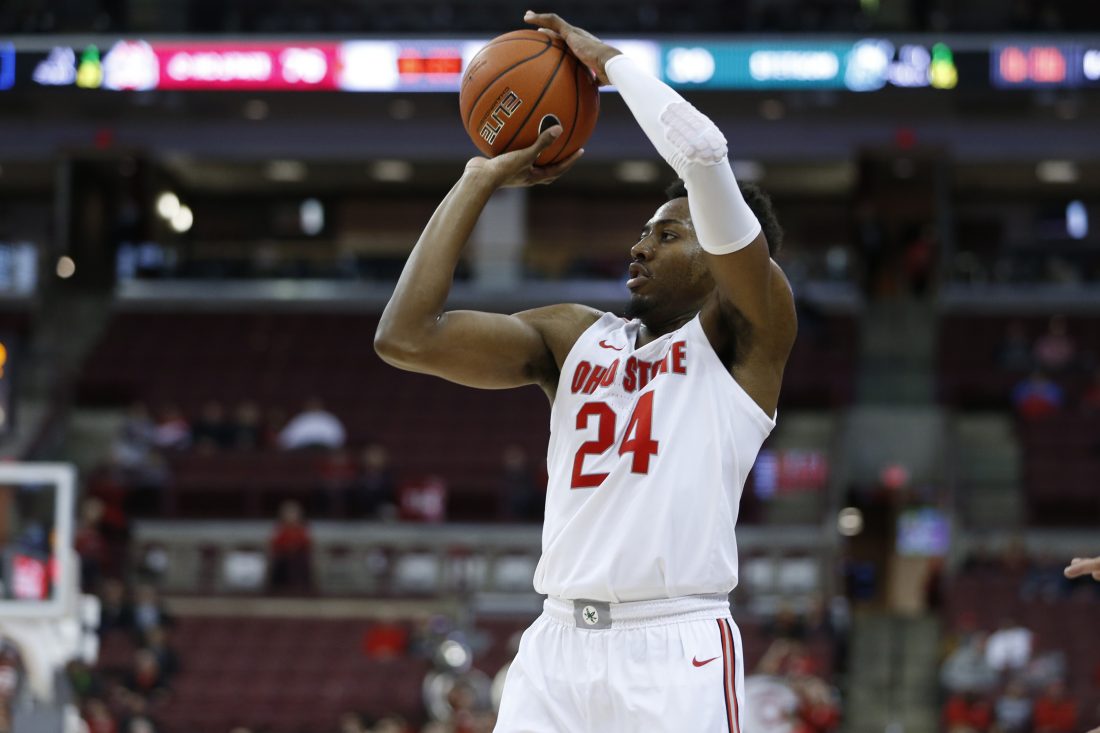 COLUMBUS (AP) — Fresh from routing Villanova and vaulting into the top 10 for the first time in two seasons, Ohio State kept up the momentum in another tuneup game that the Buckeyes likely could have won with half the effort.

The No. 10 Buckeyes steamrolled Stetson 86-51 on Monday night without drama as coach Chris Holtmann emptied the bench and got points from 11 of the 13 players who participated.

There wasn’t as much energy in the building as last Wednesday night when the Buckeyes knocked off then-No. 10 Villanova 76-51.

“We knew that this would be a young team that was rebuilding,” Holtmann said of the Hatters, who started three freshmen.

The Buckeyes (4-0), who moved up six spots in the AP Top 25 after taking down Villanova, jumped out to a 28-3 lead against the overmatched Hatters (2-2), built a 42-14 halftime advantage and cruised in the second half.

The bright spot for Stetson was freshman Rob Perry, who finished with 17 points. He also led the team with eight rebounds. The Hatters shot just 14.3% in the first half and finished at 28.1%.

Stetson last played in Columbus 40 years ago and lost that game by 19 points.

Stetson: Atlantic Sun conference team from Deland, Florida, got it expected when it scheduled Ohio State, which just happens to be really good.

“We came out very nervous,” Jones said. “As much as you want to tell your young basketball team ‘Don’t be nervous. Just go out and play,’ still you’ve got to go out and play.”

Ohio State: Full of confidence after knocking off Villanova, the Buckeyes take care of business in another November tuneup. They shouldn’t be seriously tested again until traveling to take on No. 5 North Carolina on Dec. 4. The Buckeyes have won their past three games by an average of more than 26 points.

Ohio State is the only school in the country with its football and basketball teams both in the top 10. The football Buckeyes are ranked No. 2 and face No. 9 Penn State at home on Saturday. With another tuneup game on Friday, the basketball team is likely to hang around in the upper echelon for awhile.

Holtmann said the most challenging thing about jumping out to a big lead is trying to keep the players on track and playing the right way even as the score gets more out of hand.

“It’s really tough to play hard for all 40 (minutes),” Young acknowledged. “But that’s what we’re trying to do.”

Stetson: At Iona on Friday.