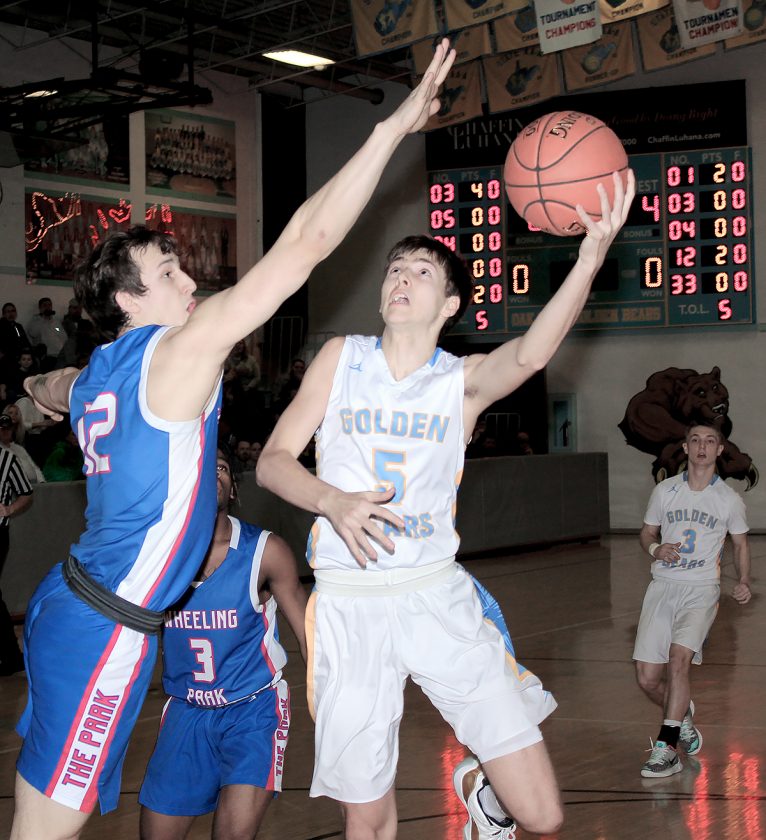 After trailing Oak Glen 20-18 following the first eight minutes, Park, the sixth-ranked Class AAA boys basketball team in West Virginia, outscored the Golden Bears, 20-7, in the second quarter to take a 38-27 lead into the locker room at halftime.

“We had a lot of turnovers in that first quarter, and we knew that Oak Glen has a lot of firepower,” said Jebbia, whose club improved to 14-5. “They are one of the hottest teams in the area with six wins in a row going into this game. We knew it was going to be a tough game. In their last game against St. Clairsville, Oak Glen was down 14 at the half and scored 50 points in the final 16 minutes. I went over that with them and said we have to win the first four minutes of the third quarter, and we did that.”

Oak Glen guards Gage Patterson and Blake Perez came out blazing, scoring eight and seven points, respectively, in the first quarter. However, once the Patriots shifted their defense a little bit to stop them, the visitors were able to expand the lead. Patterson and Perez finished with 11 points each.

Another thing that helped the Park cause was Oak Glen’s leading scorer, Zach Taylor, getting into some early foul trouble. He had to sit out a portion of the second quarter with three fouls and then incurred his fourth foul early in the third quarter, forcing him to sit some more in the second half.

Jebbia’s halftime talk must have worked because the Patriots scored the first 11 points of the third quarter and cruised from there.

“The third quarter was what got us,” Oak Glen head coach Jerry Everly said. “They pushed the button and did what they do. They mixed up their defense a little bit, and when Zach got into foul trouble, it really hurt us.

“I thought we competed real well, and the guys played hard against a really good team. Park played very well. They are very athletic, and we don’t see that very much. It was a fun atmosphere. I appreciate all the fans coming out to support us. And, I think the kids really enjoyed it. We hung with them for a half and things got a little out of hand, but we came back in the fourth quarter.”

Wheeling Park senior Alex Vargo had a big night, leading all scorers and rebounders with 30 points and seven off the glass. Three other Patriots were in double figures. Senior Xavier Morris and junior D. J. Saunders scored 14 points each, and lanky Travis Zimmerman added 12, including three dunks.

¯ The Wheeling Park jayvee team made it a sweep for the evening with a 58-38 win over the Oak Glen reserves. Ron-Nell Chattman led the Patriots with 12 points. Jered Hissam finished with 17 to lead the Golden Bears.

¯ The Allison Elementary fourth-grade singers sparkled with the singing of the national anthem from mid-court prior to the game.

Oak Glen: Playing its final home game Tuesday, now will have a nine-day break from the basketball wars. It travels to John Marshall, a victim in early December, on Feb. 27 in the season finale. 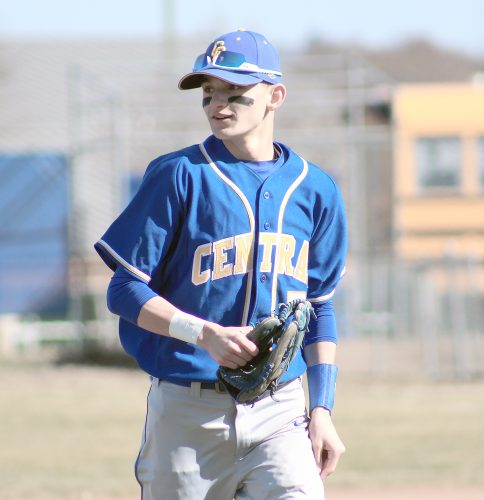