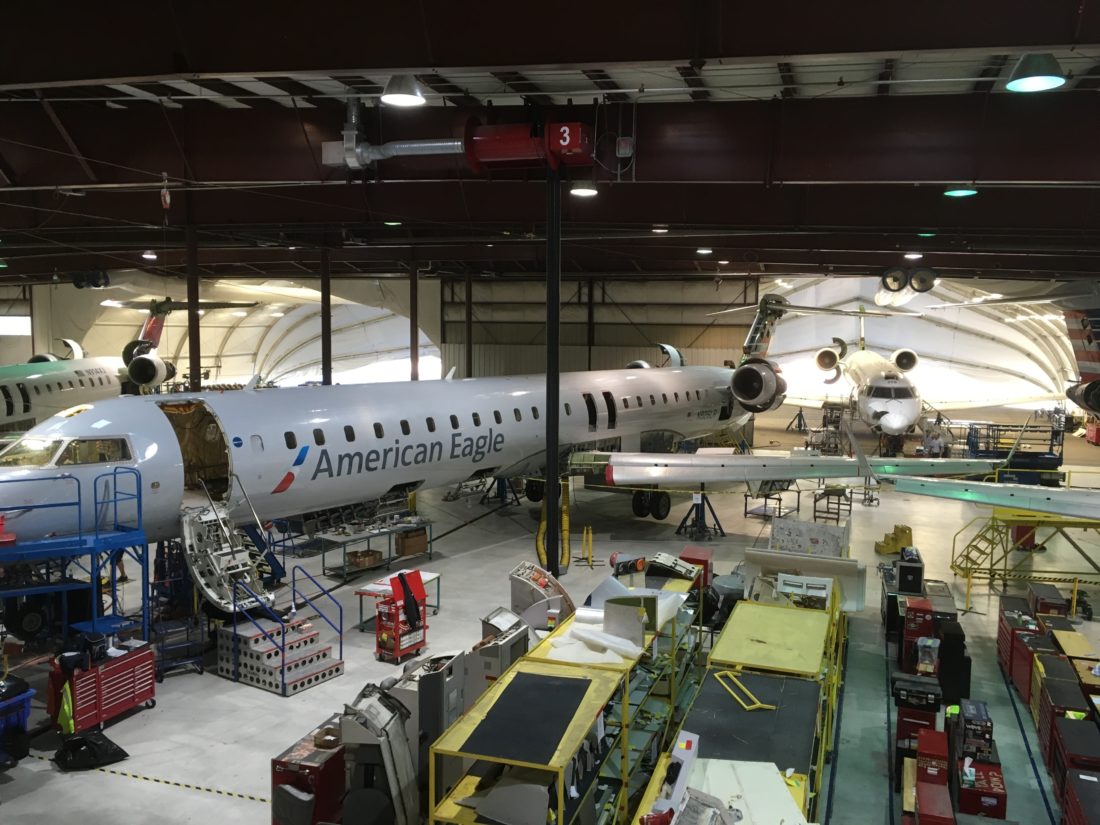 The Montreal-based company about 400 employees working shifts around the clock at its hangar and two temporary structures.

“The fleet of Bombardier commercial aircraft in North America has grown to over 1,620 CRJ Series regional jets and Q Series turboprops,” said Bombardier Vice President Todd Young. “That’s an impressive fleet number that can only be supported by expanding Bombardier’s service centers.”

The company’s other U.S. service centers are in Macon, Ga., and Tucson, Ariz. They are not expanding, Young said.

Gov. Earl Ray Tomblin, who attended the announcement, said the project is expected to bring 150 more good-paying jobs to the area.

Ron Watson, chairman of the Airport Authority, said that could grow to 300 more jobs at full employment.

Bombardier officials declined to confirm those numbers, saying they will depend on business demand, but acknowledged they’re based on the company’s projections.

According to Bombardier, the expansion will increase its maintenance lines to 20 with construction scheduled to start early next year and conclude in 2018.

Coalition back in ‘action’