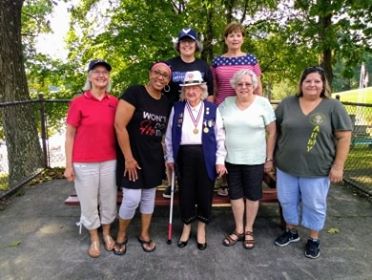 The Jefferson County Progressive Democratic Coalition on Saturday hosted a Salute to Women Veterans of the Ohio Valley at Aracoma Park in Mingo Junction. Among those honored was 96-year-old Navy veteran Ruby Gilliam, a member of the Ohio Veterans Hall of Fame, and who served as the oldest ...

Man arrested in overdose deaths of 3 at after-party

PITTSBURGH (AP) — A man was arrested Monday on suspicion of providing a white powdery substance tainted with fentanyl at an after-party in Pittsburgh, leading to the death of three men. Peter Rene Sanchez Montalvo was arrested around 3 a.m. on federal charges of distributing a controlled ... 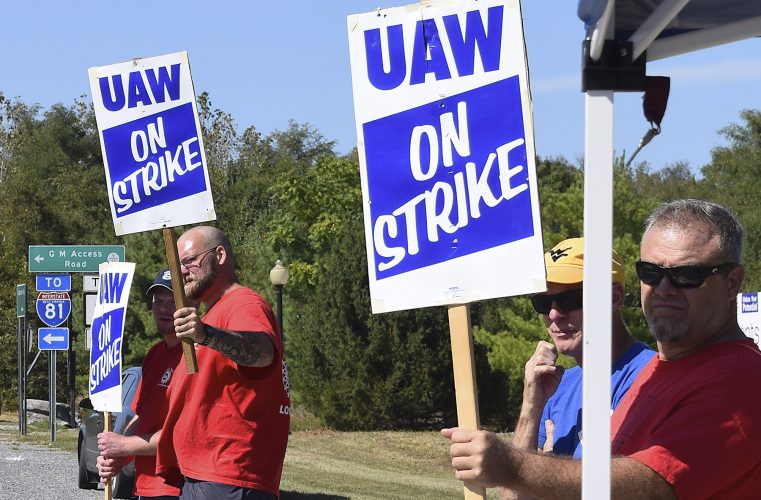 Strike putting GOP in a bind

LANSING, Mich. — Democrats were quick to back working-class United Auto Workers in their strike against General Motors, delivering doughnuts and holding picket signs outside factories to show solidarity. It’s a union they long have aligned with politically. There were no doughnuts from ...

WEIRTON — The City of Weirton is hosting its second street cleanup of the year, and is seeking volunteers to lend a hand. The inaugural Weirton Community Fall Street Cleanup will be held 9 a.m. to 1 p.m., Oct. 12. It is being organized by the City of Weirton, with support from West ...

Past informs Trump’s vision of future

WASHINGTON — President Donald Trump’s vision of America’s tomorrows looks much like its yesterdays. He loves “beautiful” coal. “Beautiful” warships. And “those four beautiful words: MADE IN THE USA!” He speaks of the country’s might as measured by its steel mills, farms ... 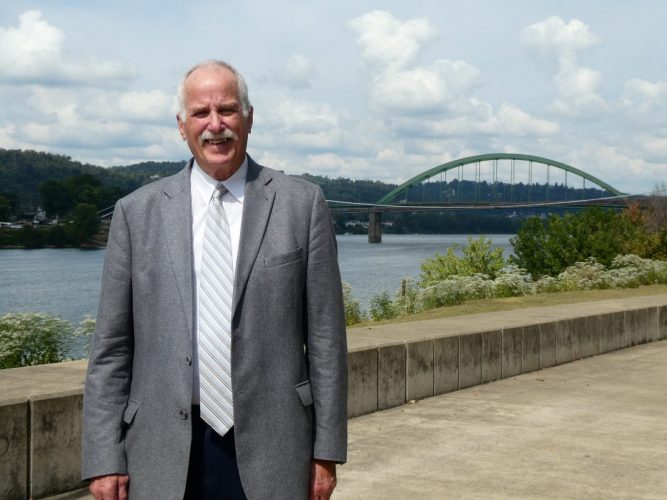 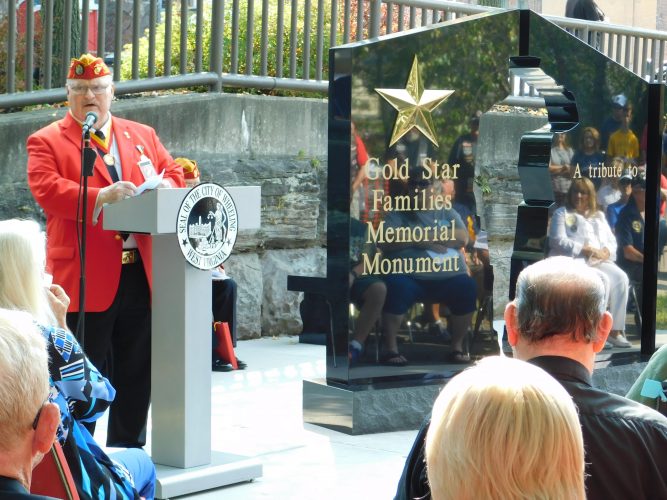 WHEELING — A monument to honor those who gave all they had for their country —and the loved ones they left behind — will stand at Wheeling’s Heritage Port. On Saturday, area residents, veterans and officials gathered for the dedication of a Gold Star family memorial ...

PITTSBURGH (AP) — Three people died and four others were hospitalized early Sunday in what police said appeared to be a mass drug overdose. The victims, all men, appear to have taken narcotics at the same time and in the same place in an apartment on Pittsburgh’s South Side, authorities ... 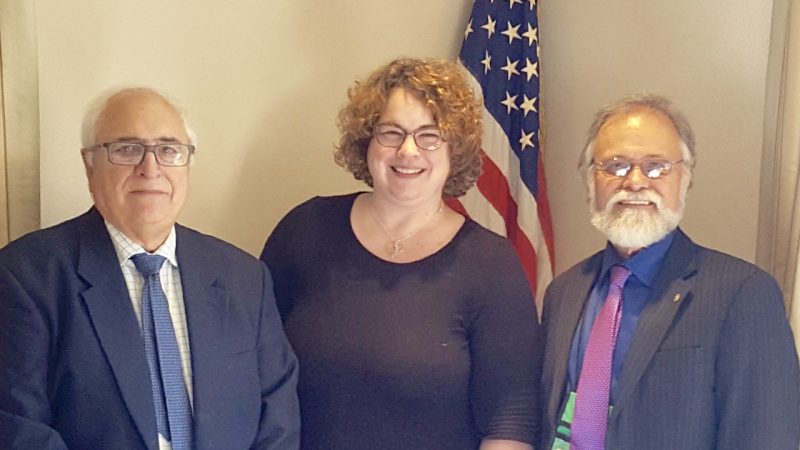 Ida Williams, of West Virginia Northern Community College, spoke Wednesday to Weirton Rotary members about the college’s need for paid tutors to assist students. Those interested are asked to contact the college. Pictured, from left, are Rotarian Frank Decaria, Williams and club President ...

WHEELING — Alecto’s Wheeling and Martins Ferry hospitals are being sued by a Florida company that alleges the two entities owe it a total of $665,962, plus 18 percent interest dating from at least July. Patientmatters LLC, of Orlando, filed separate lawsuits in Florida’s 9th Judicial ...

CHARLESTON — Weather radar screens painted with pixels from returning echoes have been observed by meteorologists at the National Weather Service’s Charleston Forecast Office in recent days — even though there is no rain, ground clutter or other weather events taking place to create the ...

WEIRTON — The Weirton Area Water Board announced that, at 9:15 a.m. today, the boil order for Eastview Drive has been lifted. Residents and businesses in the affected area may resume normal water usage. The order was put into effect Sunday following repairs to a water line. 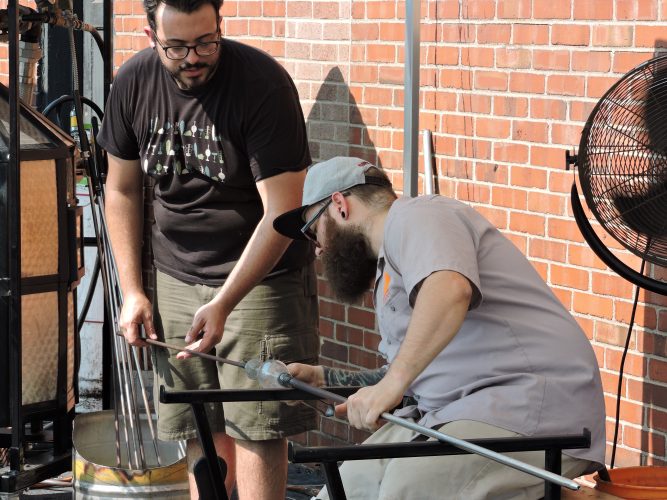 WEIRTON — It was a celebration of the area’s industrial past, Saturday, with the second-annual Gate 5 Industrial Arts Festival. Organized by Renaissance Weirton, the festival featured artisans and crafters, music and live demonstrations along with other activities throughout the city’s ... 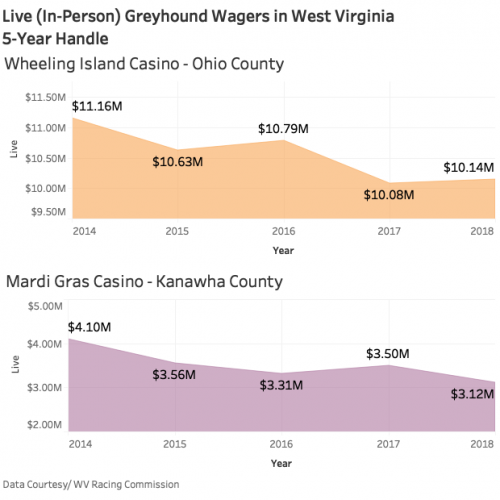 CHARLESTON — The number of in-person wagers at West Virginia’s two greyhound racing casinos has steadily gone down over the last five years, as well as tax revenue, causing the president of the West Virginia Senate to again look at eliminating what some call a $15 million subsidy to the ...

Autumn is ushered in with festival

NEW CUMBERLAND — Hancock County resident will be ushering in the autumn season next weekend with the 11th-annual New Cumberland Fall Riverfest. The festival will be held Saturday and Sunday, with a schedule full of entertainment, 50 vendors and other activities. Events kick off at 9:30 ... 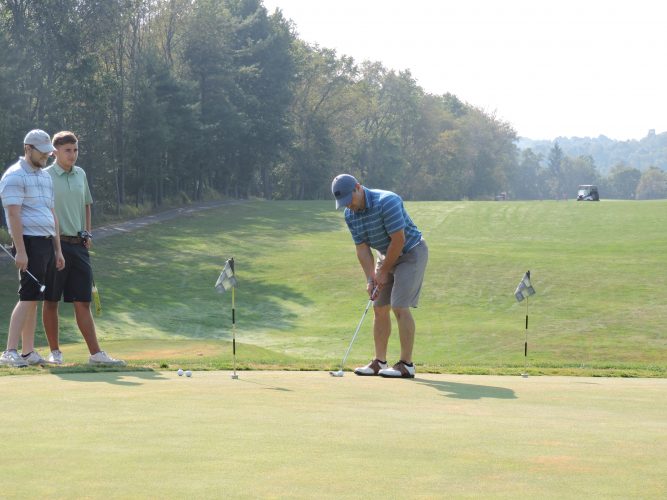 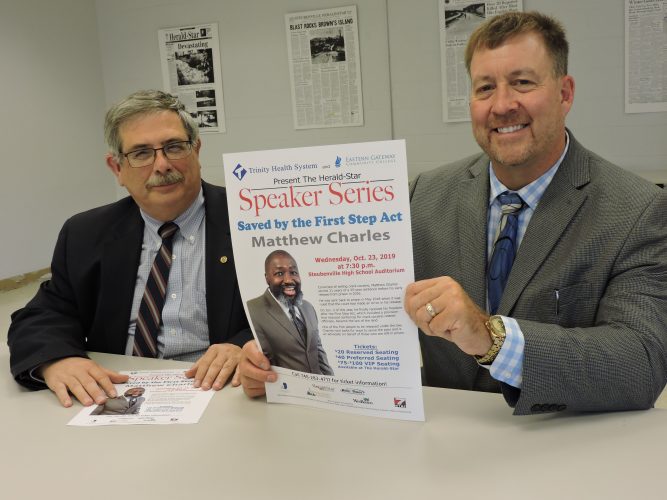 STEUBENVILLE — Having the opportunity to hear different people share different points of view and offer new perspectives is important for a community, and that’s part of the reason the Herald-Star Speaker Series has made an impact throughout our region. “I think the presentations give ...

MORGANTOWN — West Virginia needs to come to terms with the fact that its coal economy is over, a professor said Saturday at a climate change conference in Morgantown. The shift to renewable energy and natural gas is a signal that state and local governments need to focus on what they can do ...