What would have been: Indy 500, MLB’s ‘scandal series’ 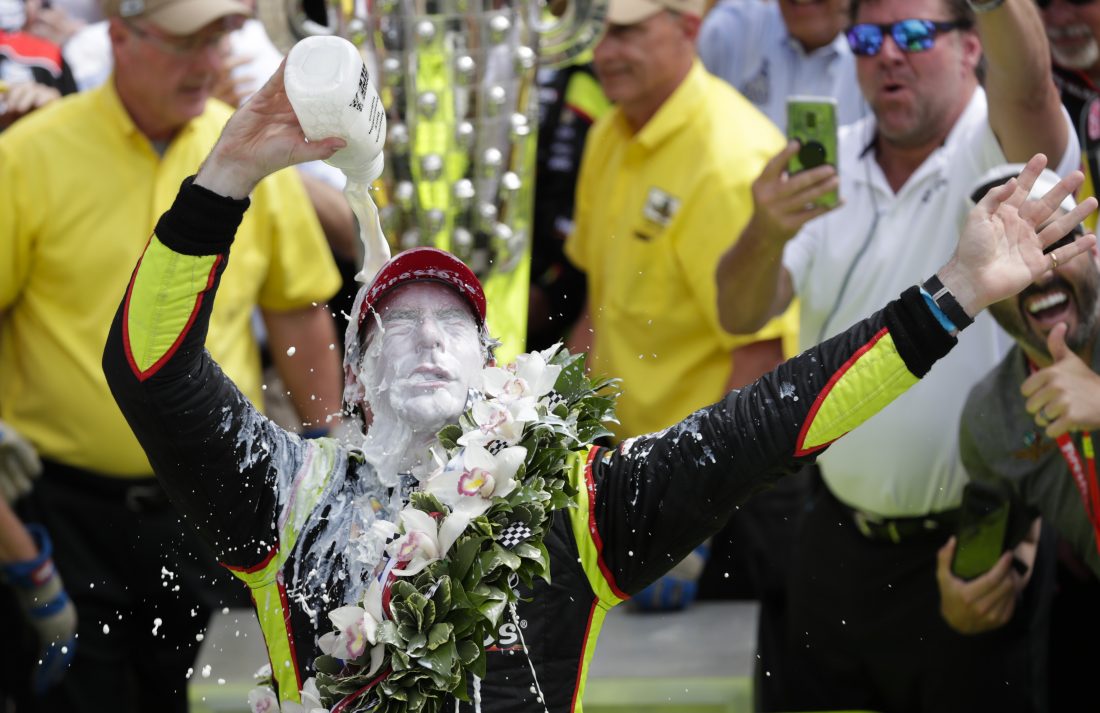 FILE - This May 26, 2019, file photo shows Simon Pagenaud, of France, celebrating after winning the Indianapolis 500 IndyCar auto race at Indianapolis Motor Speedway, in Indianapolis. The Indy 500 has been rescheduled for Aug. 23, 2020, and won't be run on Memorial Day weekend as scheduled for the first time since its return in 1946. Pagenaud passed Alexander Rossi on the penultimate lap to win last May. That gave Roger Penske his 18th win at Indy on the 50th anniversary of his arrival at the Brickyard and before he became the series and track owner. (AP Photo/Michael Conroy, File)

The Brickyard and major league ballparks will be quiet during the Memorial Day weekend as most of the sports calendar remains on hold because of the coronavirus pandemic. While NASCAR will run its traditional holiday weekend Cup Series race at Charlotte Motor Speedway (though without spectators), The Associated Press looks at some of the other live sporting events that had been scheduled the week of May 18-24:

INDIANAPOLIS 500: The Indy 500 has been rescheduled for Aug. 23 and won’t be run on Memorial Day weekend as scheduled for the first time since its return in 1946. Simon Pagenaud passed Alexander Rossi on the penultimate lap to win last May. That gave Roger Penske his 18th victory at Indy on the 50th anniversary of his arrival at the Brickyard and before he became the series and track owner.

TRIVIA BREAK: Pagenaud last year became the first Indy 500 pole sitter in a decade to win the race. Who was the Penske driver who won from the pole at Indianapolis in 2009? (Answer at bottom).

MLB: The Houston Astros were scheduled to play the Boston Red Sox in the first of consecutive weekend series matching teams that fired World Series-winning managers in the aftermath of a sign-stealing scandal. AJ Hinch was fired by Houston in January after MLB had suspended him for the season for the team’s illicit use of electronics to steal signs during its run to the 2017 World Series title and again in 2018. The Red Sox then dumped Alex Cora, who had led them to the 2018 title after being the bench coach for the Astros in 2017.

PGA TOUR: In Texas, Colonial is set to host the resumption of the PGA Tour season on June 11-14, which will come three weeks after its usual Memorial Day weekend slot on the schedule. Kevin Na won by four strokes at Hogan’s Alley last May after a closing 4-under 66.

NHL: The matchup — maybe a rematch — would be set for the Stanley Cup with the Eastern and Western Conference finals wrapping up. St. Louis beat Boston in a seven-game series last year to win its first Stanley Cup. When this NHL season was put on hold two months ago, the Blues were first overall in the West and the Bruins topped the East as the league’s only 100-point team.

NBA: With only four teams left in contention for the NBA title, there could have possibly been an all-Los Angeles matchup in the Western Conference finals; the Lakers and Clippers were 1-2 in the West when the season was suspended. Defending NBA champion Toronto could have been in the East finals, maybe against Giannis Antetokounmpo and the Milwaukee Bucks, who were the conference leader.

TRIVIA ANSWER: Helio Castroneves became a three-time winner at the Brickyard when he won the 2009 Indianapolis 500 from the pole position.